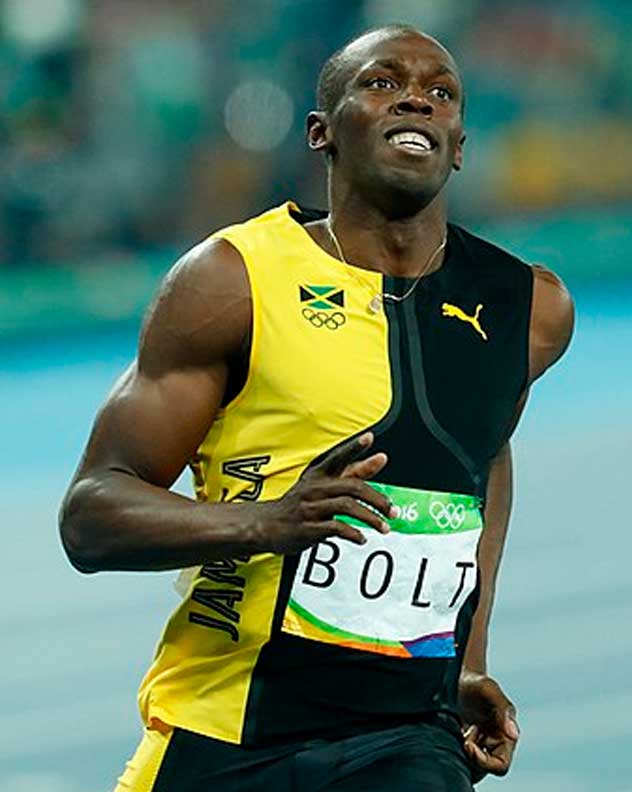 Jamaican sprinter Usain St Leo Bolt (1986) is one of the most charismatic and laureate sportsmen in history. “Lightning Bolt”, “the fastest man in the world”, an eight-time Olympic gold medalist and eleven-time World Champion, ranks fifth in the ranking of best medalists of all times. He has smashed 19 Guinness records and even nowadays holds the best mark in 100m (9.58 seconds) and 200 m (19.19 seconds).

The sprinter began to reap success at a very young age. Although he preferred cricket and football when he was a boy, at 12, coached by former Olympic Pablo McNeil, became the fastest runner at his school. When he was 15, became the youngest sportsmen with a gold in a world tournament. Professional since the age of 18, he dropped from 20 seconds in the 200m, with less than 20 years old: a new record.

Although an injury prevented him from participating in the Olympic Games in Athens (2004), his excellent results in Beijing 2008 -with three gold medals in the 100, 200 and 4x100 (the last one voided by a case of doping in his team) and three world records… the first to achieve such a feat- immediately placed him on the stardom of sports. When Bolt repeated the same triad of gold medals in the following Olympic Games, in London, his name entered the History of athletics. In Rio 2016, almost 30 years old, he again won the three golds and became a legend. No one has exceeded his speed of 44,7km/h. He retired in 2017, after an injury in the World Championships.

As a speaker, Usain Bolt proposes a motivational speech, based on his own biography, both in sports and in business. He highlights the relevance of effort and gives guidelines for an effective training. Bolt has addressed diverse audiences around the world and has collected his ideas and experiences in the autobiography “Faster than Lighting”.

As a businessman and brand ambassador, Bolt has his own clothing line in conjunction with Puma, his own watch made by Hublot and he is the owner of several businesses (valued 35 Million dollars according to Forbes): his own restaurant franchise in Kingston, Jamaica (Tracks and Records), a shaving company (Champion Shave) and an insoles company, Enertor.

Besides, the athlete set up the Usain Bolt Foundation, donating more than a million dollars to several humanitarian projects.

Numerous awards recognize his brilliant career: awarded the Laureus World Sportsman of the Year on four occasions; the IAAF Male Athlete of the Year six times; Jamaican Sportman of the Year, five times; 3 times as Best Sportman according to BBC and 4 times according to L’Equipe. At 23, he was the youngest member of the Order of Jamaica.
A football enthusiast, there was speculation about the possibility that he would pursue his career at Manchester United, after his withdrawal from the tracks. There are rumors that the secret of Cristiano Ronaldo´s speed has to do with Bolt´s advices. 4,9 Million people follow Bolt in Twitter. 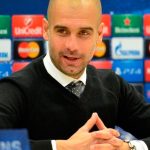