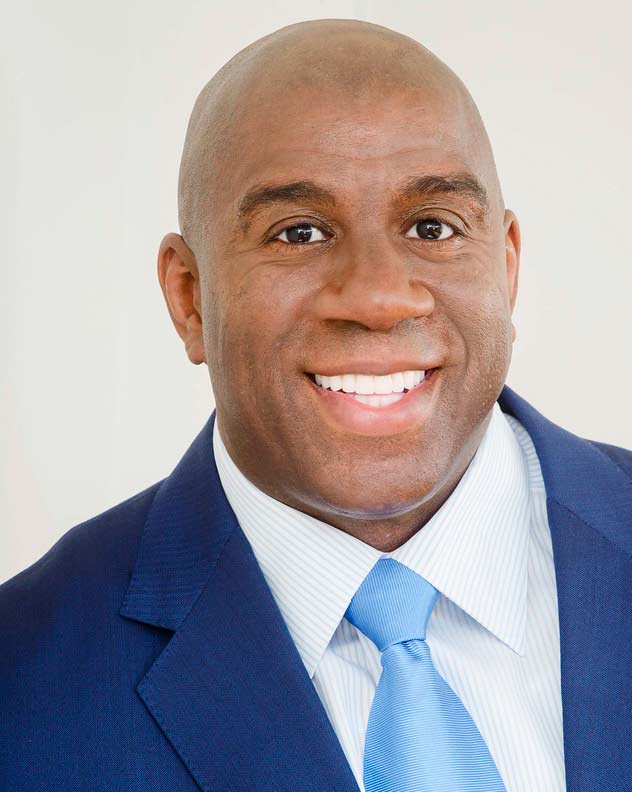 Earvin “Magic” Johnson went from being one of the most powerful players on the NBA court to one of the most influential business figures in the U.S. The two-time Hall of Famer, multiple NBA MVP, and Olympic Gold Medalist, is the Chairman and Chief Executive Officer of Magic Johnson Enterprises, an investment conglomerate valued at an estimated $1 billion dollars.

Mr. Johnson spent several years investigating the topic and meeting with leading CEOs to learn everything that he could before embarking his own project, because he had seen athletes like him fail at this. After learning from his first failure – a sports store that resulted in a $200,000 loss – he quickly bounced back into the business world.

Since his brave announcement in 1991 that he was HIV positive, Mr. Johnson has been one of the most prominent figures promoting education, understanding, prevention, and research regarding the disease.