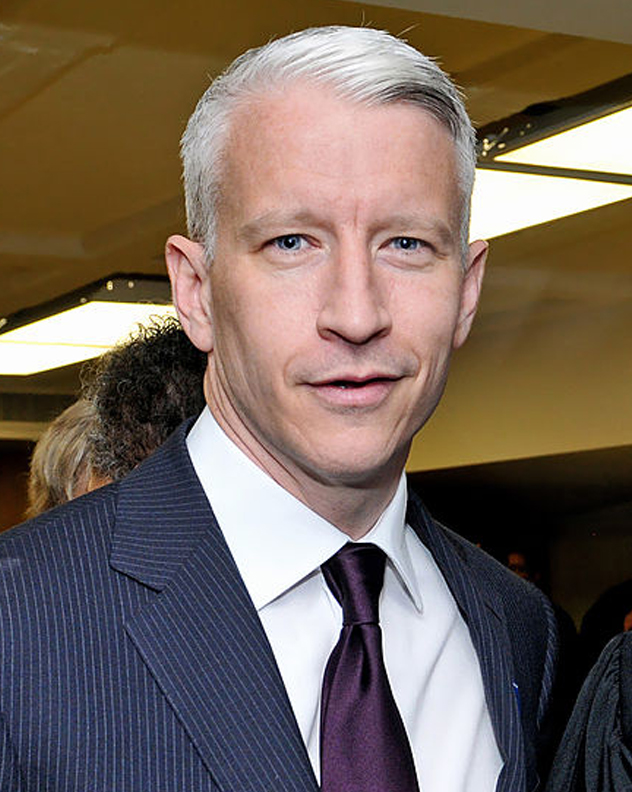 The further you go, the more difficult it is to come back. The world has a lot of edges and it is easy to fall off them

Anderson Cooper is one of the most recognizable faces of American journalism. He hosts Anderson Cooper 360º on CNN. Before taking over the program, he was a correspondent and witnessed many of the major events of the 21st century.

On his nightly show on CNN, Anderson Cooper goes behind the headlines and tries to present all points of view with his in-depth reports and interviews.

As a journalist, Cooper has covered practically all the major world events, often from where they unfolded. He was in Sarajevo during the Balkans conflict, he witnessed the Rwanda genocide and reported on the devastation caused by Hurricane Katrina. Recently, he has followed the conflicts in Syria and Egypt, the scandal of the NSA worldwide surveillance network and the Boston Marathon bombing in 2013.

Between 2007 and 2008, he travelled around the world to film “Planet in Peril”, a documentary on the risks that threaten the planet, its inhabitants and its natural resources.

In the course of his career, he has won 8 Emmy awards for his work, two for his coverage of the earthquake in Haiti, and the Edward R. Murrow Prize.

In his book “Dispatches from the Edge: A Memoir of War, Disasters and Survival”, Cooper offers a detailed vision of the worst crises of our times, such as the Tsunami in south-east Asia, Hurricane Katrina, the famine in Niger or the war in Iraq. It is a personal vision that combines the journalistic document with a reflection on the impact that experiencing these events first hand has had on his life.