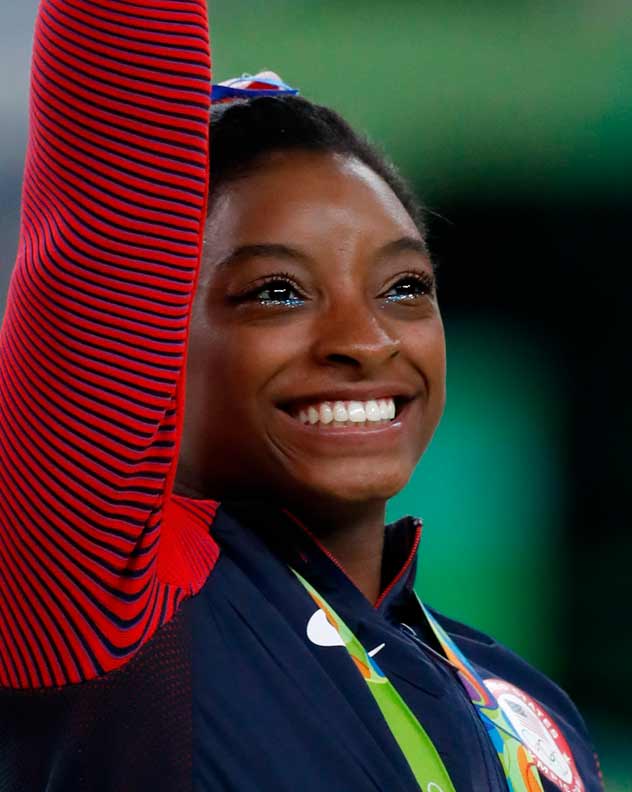 Simone Arianne Biles is an American artistic gymnast, the most decorated gymnast of all time. Biles is a six-time United States national all-around champion and five-time World all-around champion. At the 2016 Olympics in Rio de Janeiro, Biles won individual gold medals in all-around, vault and floor. She was also part of the gold medal winning team dubbed the “final five” at the 2016 Summer Olympics in Rio de Janeiro.

Simone Biles has a total of 25 medals, 19 of them Olympic medals, and she is the most decorated gymnast in the history of the United States and in the history of the sport. Among her many records, Simone Biles has been the first gymnast to win every major all-around title in an Olympic cycle. She is also the first American gymnast ever to win the grand slam of all-around titles: U.S. National Championships, World Championships, World Cup (American Cup).

Additionally, Simone Biles has been the first gymnast to win four Olympic gold medals since 1984. She has set the U.S. mark for most gold medals in women’s gymnastics at a single Games.