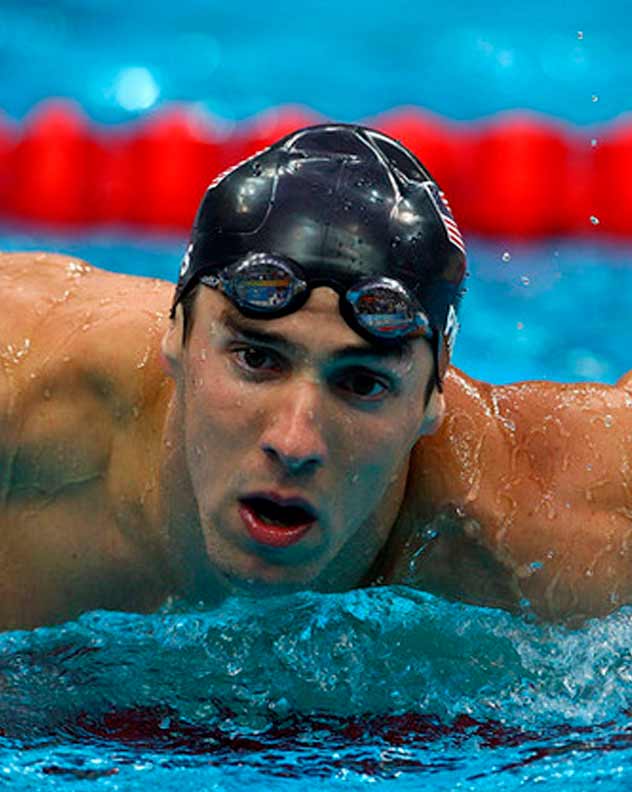 Michael Phelps was born on June 30, 1985, in Baltimore, Maryland. He competed in his first Olympics at the age of 15, as part of the U.S. men’s swim team. He went on to win medals at the Olympic Summer Games in Athens, Beijing, London and Rio, accumulating a total of 25 medals—21 gold, two silver and two bronze—and setting the record for the most medal wins by any Olympic athlete. Phelps announced his retirement in 2012, however, in April 2014, he announced he was coming out of retirement and would return to professional competition at the age of 28. In June 2016, he secured his spot on the 2016 U.S. Olympic swim team, making him the first American male swimmer to earn a spot on five Olympic teams.

On August 7, 2016, Phelps won his 19th Olympic gold medal in Rio when he swam an impressive second leg of the men’s 400 freestyle relay. On August 9, Phelps made history again when he won gold in both the 200-meter butterfly and as the anchor in the 4×200-meter freestyle relay along with Conor Dwyer, Townley Haas and Ryan Lochte. Phelp’s 200-meter butterfly win was an important comeback for the swimmer, who had lost the 2012 Olympic gold in this race to South African swimmer Chad Le Clos. Clos did not medal in the 2016 race.

In addition to his successful swim career, Phelps has written two books, “No Limits: The Will to Succeed” (2009) and “Beneath the Surface: My Story” (2016). He also co-founded the nonprofit organization Swim with the Stars, which holds camps for swimmers of all ages.

Moreover, Phelps heads the Michael Phelps Foundation which was established to promote healthy lifestyles and the sport of swimming.