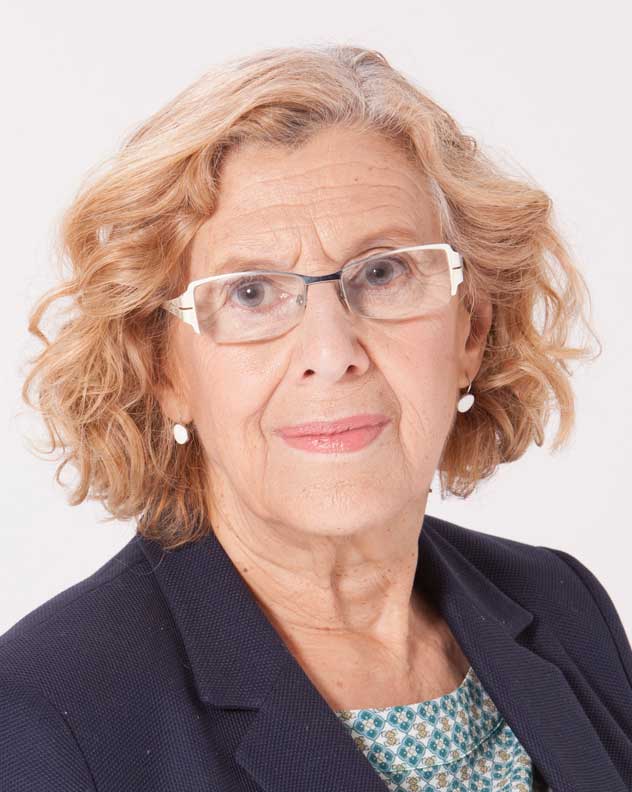 Manuela Carmena is a Labour Lawyer, former Judge and Spanish Politician who was the Mayor of Madrid from 2015 to 2019. Prior to her incursion into municipal politics, she served as a member of the General Council of the Judiciary between 1996 and 2001.

In her presentations, Manuela overs audiences her insights into tackling change management and the fight against climate change, she has a special interest in the millennial generation that are currently reviving the debate on climate change. The struggle for women's equality and leadership is also a major part of the backbone of her discourse, as a result of her strong feminist convictions. She also offers an in-depth analysis of the structure of the judicial system and its politicization, the mechanisms of the Spanish legislative system and reflects on the political situation and sociological reality behind changes. Manuela Carmena succeeded in the creation of highly functional teams who communicated and overcame challenges such as improving efficiency and setting a common goal in Public Administration. Her ability to reflect on how to improve politics sparked her interest in political ethics.

Manuela Carmena provides her own strategy for managing change through five fundamental steps that she proposes with her characteristic irony: suggesting change, implement change and overcome confrontation, witness how change works and, finally, seeing how others take credit for the success.

In 2015, she became the Mayor of Madrid after leading the citizen candidacy, Ahora Madrid. During her term in office, she managed to reduce the City Council's debt by 54%, carried out a reform of the primary education system and implemented bold and much revered environmental changes in the city, such as the establishment of Madrid Central, an ambitious mobility project.

After a career in the judicial field, first as a lawyer, founding the Labour office of Atocha in Madrid, and for more than 30 years as a Judge, she retired in 2010 but shortly afterwards decide to return to work, developing an important project advocating for the victims of Police abuses, at the Commission of Human Rights in the Department of Justice of the Basque Government. Manuela has represented Spain in the UN working group against arbitrary detentions and has been a Rapporteur for the United Nations. In 2008 she was awarded the Manuel de Irujo Prize.

In 1977, during her time as a Labour Lawyer, a terrorist attack caused the death of several of her colleagues and great consternation throughout Spain.

A staunch defender of the rights of workers and detainees during the Franco dictatorship, she has been the Senior Judge of Madrid and a Prison Oversight Judge. Manuela Carmena graduated in Law from the University of Valencia.