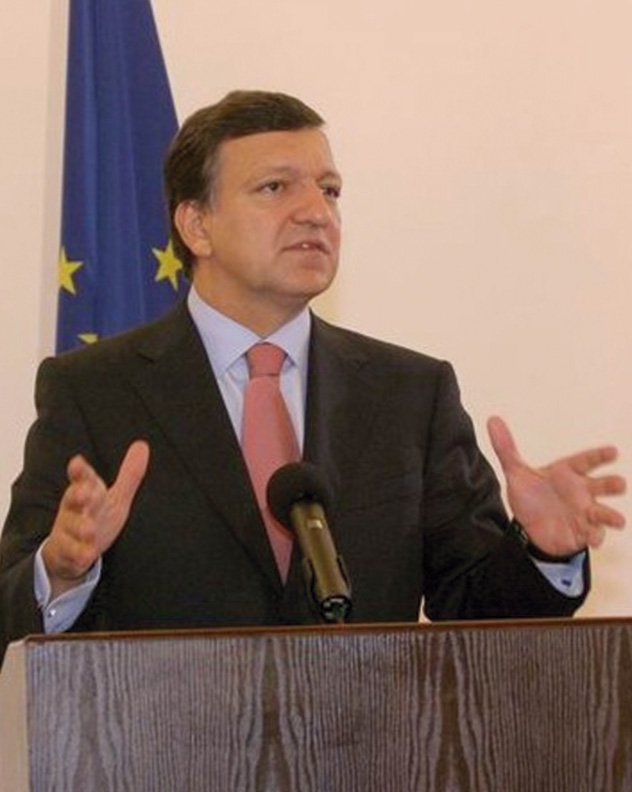 José Manuel Durão Barroso is Chairman of Goldman Sachs International. He was president of the European Commission from the 23rd of November 2004 to the 31st of October 2014 and prime minister of Portugal from the 6th of April 2002 until the 29th of June 2004.

Since his retirement from active politics, he has joined the lecture circuit, from the Davos Forum in Switzerland to the Polytechnic Institute of Macao in China, talking about economics, Europe and globalization. The University of Princeton hired him as a professor of International Relations and the Bilderberg Club, of which he was a member, included him on its management team.

In the course of his ten-year term, he tackled major issues such as the process of European integration, signing the Treaty of Lisbon, the accession of new member states (Romania and Bulgaria) and the start of negotiations with Turkey and Croatia. New mechanisms of financial solidarity were also put in place in response to the sovereign debt crisis. Furthermore, the EU took historic decisions in matters of the environment and energy independence, like the emissions reduction plan and policies to increase renewable energies.

Professor of Law and political analyst, he joined the Portuguese Social Democratic Party (PSD) in the seventies and in 1985, he entered the National Assembly of the Republic. He was foreign minister under Aníbal Cavacao Silva from 1992 to 1995 and was appointed chairman of the party in 1999. He won the 2002 general elections and became prime minister of the Portuguese Government at a time of financial crisis. As prime minister, he had the thankless task of launching a tough plan of spending cuts and structural reforms.

In 2004, the heads of state and government of the EU proposed him to succeed Italian Romano Prodi and he presented himself to the European Parliament as a center reformist, convinced of the Social Europe.