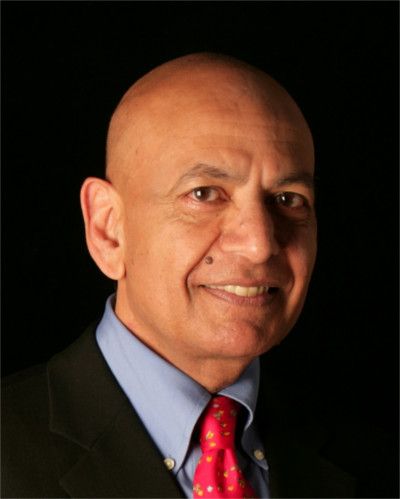 Dr. Anil K. Gupta is the Michael D. Dingman Chair in Strategy, Globalization and Entrepreneurship and Distinguished Scholar-Teacher at the Smith School of Business, The University of Maryland at College Park. Anil also serves as chairman, The China India Institute, a Washington DC-based research and consulting organization. He has earlier served as the INSEAD Chaired Professor in Strategy at INSEAD and a visiting professor at Stanford University as well as Dartmouth College. He received a doctorate from the Harvard Business School, an M.B.A. from the Indian Institute of Management at Ahmedabad, and a B.Tech. from the Indian Institute of Technology at Kanpur.

Anil is widely regarded as one of the world’s leading experts on strategy, globalization and entrepreneurship. Ranked by Thinkers50 as one of the world’s “most influential living management thinkers,” he has also been named by The Economist as one of the world’s “superstars” in a cover story on “Innovation in Emerging Economies.” He is one of only 3 professors in the world to have been elected by his peers as a Lifetime Fellow of all three of the most prestigious bodies in the field – Academy of Management, Strategic Management Society, and Academy of International Business, with a combined membership of over 25,000 scholars worldwide.

Anil’s other honors include the “Best Professor in Strategic Management” award from CMO Asia, recognition by BusinessWeek as an Outstanding Faculty in its Guide to the Best B-Schools, induction into the Academy of Management Journals’ Hall of Fame, and listing by Management International Review as a “North American Superstar” for research in strategy and organization. He is also a regular participant at the World Economic Forum summits including the annual meeting in Davos and the regional meetings in China, India, and the Middle East. He is also a member of the Forum’s Global Agenda Council on Emerging Multinationals.

Anil’s newest book – The Silk Road Rediscovered: How Indian and Chinese Companies are Becoming Globally Stronger by Competing in Each Other’s Markets – was released by Wiley in April 2014. His earlier book – Getting China and India Right (Wiley, 2009) – received the 2009 Axiom Book Awards’ Silver Prize as one of the world’s two best books on globalization/international business and was short-listed for the Asia Society’s Annual Bernard Schwartz Book Award. Anil is also the author, coauthor, or coeditor of Global Strategies for Emerging Asia (Wiley, 2012), The Quest for Global Dominance (Wiley, 2008), Smart Globalization (Wiley, 2003), and Global Strategy and Organization (Wiley, 2003) as well as over 70 papers in leading academic journals.

Anil serves as a columnist for Bloomberg BusinessWeek, as a Contributing Editor for Chief Executive magazine, and as a contributor to HBR.org. His opinion pieces have also been published in The Wall Street Journal, Financial Times, Chief Executive Magazine, Daily Telegraph, China Daily, Economic Times, and other outlets. He has been interviewed by Harvard Business Review, Economist, The Wall Street Journal, The Washington Post, USA Today, BusinessWeek, Forbes, BBC, CNBC, Bloomberg TV, Reuters TV, New Delhi TV, CCTV China as well as other top-tier global media.

Anil is an elected member of the board of directors of Origene Technologies (a gene cloning company). He has earlier served on the boards of directors of Omega Worldwide (NASDAQ), Vitalink Pharmaceutical Services (NYSE), NeoMagic Corporation (NASDAQ), and TiE-DC, the premier organization of entrepreneurs and venture capitalists in the U.S. Mid-Atlantic region. He also serves on the advisory boards of Asia Silicon Valley Connection and India Globalization Capital. He has also served as an advisor to the US-India Business Council.