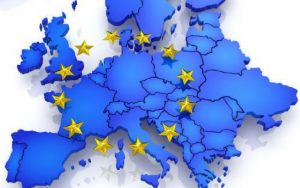 The EU, at a crossroads between federalism or a return to the nation-state

In a well-remembered speech, German Chancellor Angela Merkel declared in 2017 that Europe should unite politically because “we can no longer trust” our main ally, the United States. The Chancellor was tacitly referring to the protectionist turn of the United States of Donald Trump’s “America First”. But she was also referring to the American president’s collision with Russia and, in general to his political unpredictability. The arrival of young Emmanuel Macron to the Élysée Palace in France coincided with this need, and the new French president soon started to propose reforms of the EU institutions. These included proposing banking union, fiscal union and creating an anti-crisis budget and a kind of European monetary fund for countries under speculative attacks or countries experiencing temporary fiscal or financial crises.

This diagnosis won the explicit support of the Mario Draghi, the current president of the European Central Bank, and in general the acquiescence of the countries hardest hit by the economic and sovereign debt crisis of the last Great Depression. Net donor countries in turn, like Holland, Finland, Austria or Germany have shown their reticence to accept this new common drive. But that does not mean that they do not accept the need to enhance the EU’s capacity for maneuver. The difference lies in the institutional support that would give legal basis to this new EU.

The focus of the southern, (net beneficiary) countries is to reduce the veto and decision-making power of the states in the EU, and, on the other hand, strengthen the European Commission, the ECB and the European Parliament. Apart from creating new mechanisms, like the European monetary fund and the anti-crisis budget, the countries of the north of Europe, net contributors, defend reducing the federalist ambition and making advances in integration conditional on compliance of the counterparties in the form of structural reforms and macroeconomic stability. Their plans require reinforcing the European Council, where the member states are represented, and reducing or freezing the attributions of the Commission and the Parliament.

Where there does seem to be consensus after the cooling of relations with the United States is that the union, whether federal or intergovernmental, should reinforce its military capabilities and increase its defense budget to closer to 2% of GDP. But, once again, this increase and co-ordination, in which NATO has an important role, is also irrespective of the federal or intergovernmental focus. Thus, it would appear that the military urgencies are not going to pull in one direction or the other in this case. It is a shared diagnosis and, therefore, not partisan.

France’s role could be definitive. France is a country between the north and the south, its political and demographic power bring it closer to the net contributors, but its macroeconomic situation is more similar to the net beneficiaries. Its position will thus be essential for deciding the play in one direction or the other. This situation is aggravated moreover, by the fact that this is an especially delicate moment from the political and financial point of view in the south due to the instability in Italy. Populism is not abating in Italy, and pro-Europe feelings are not picking up, according to the latest Eurobarometer.

To date, Macron has stood firm in his defense of the community model of the south against the intergovernmental model of the north. His domestic political strength – where he is managing to push through many reforms without the protests being able to put them in doubt – helps with his aims in Brussels and Berlin. His speech to the European Parliament last month made his position clear. Although, for now, his efforts are not translating into concrete results, Germany is still saying no to the main federalist proposals mentioned, and powers like Spain have reduced their expectations down in light of the refusal of the net contributors. Realism tinted with resignation has won the day.

The European Summit in June is expected to be key given the number of problems on the agenda for discussion, from Brexit to the trade war with the United States, via the situation in Italy or doubts about the political-legal behavior of the countries of the Visegrad Four (Poland, Czech Republic, Slovakia and Hungary). Migration and the tense relations with Russia will also be addressed. These are serious problems that will make it difficult for underlying issue of the structure of the European edifice to steal the spotlight.

Thus, despite France’s efforts, the EU can be expected to kick the can down the road and the intergovernmental model can be expected to be imposed. Even Euro-enthusiast countries like Spain have lowered their requests for the meeting. Furthermore, Draghi comes to the end of his term heading up the ECB next year, and the Chairman of the German Bundesbank is shaping up as his successor, and he is against any kind of federalist reform. For now, the EU seems to be content with surviving and waiting for more propitious times for drilling down into federal, political, economic and financial union.

The growing strains between Angela Merkel and Emmanuel Macron. The Economist. 24 May 2018

Portada » Tendencias Globales » The EU, at a crossroads between federalism or a return to the nation-state