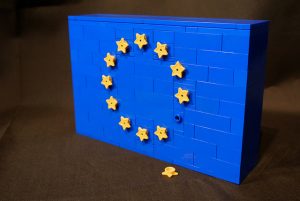 Globalization, economic crisis and cultural reaction: is it the end of populism?

Populist movements, of different orientations and in different countries, rose strongly with the economic crisis. So, that means that the end of the crisis would also mean the end of populism. But is populism on the decline, or does it remain strong? What could be the consequences?

To better understand the possible influence of populism, it is important to analyse where its power comes from to analyse whether it is in decline or, on the contrary, its power may even increase. There are two different views on this.

The effect of globalisation: Dani Rodrik, professor from the University of Harvard, emphasises, in VoxEU, the importance of how globalisation impacts a specific country, which explains the surge of right or left-wing populist movements. Thus, if the shock of globalisation materialises in the form of immigration and refugees, it is easier for populist politicians to mobilise the national-ethnic-cultural divide. On the other hand, it is easier to mobilise the social class/income dimension if the impact of globalisation occurs by means of trade, finances and foreign investment. The latter is the case of the south of Europe and Latin America, which explains why populism in these areas is the left-wing variant, compared with the centre and north of Europe and USA.

Finally, Rodrik adds a nuance, “it is important to emphasise that globalisation is not the only force in play, nor is it necessarily the most important. Changes in technology, the emergence of markets where the winner takes all, the erosion of social protection or the decline in standards to control the differences in salaries have all played their part”. What is true is that globalisation has strengthened them and populist parties have emphasised it even more. Economic history and theory offer us several different arguments for believing that advanced stages of globalisation are prone to populist resurgences.

The importance of cultural change: Other authors, like professors Pippa Norris and Ronald Inglehart, identify the reaction to cultural change (including immigration) of older, white, less educated men, as the best way of explaining the resurgence of populism. This defensive reaction is at the heart of a certain kind of populism, especially the most wide-spread, right-wing populism. This emphasis on the cultural aspect could also be due to strategic considerations. Kim Darrah in World Finance argues that support for populism is based on groups with very different interests, especially with respect to economic policy, based on the analysis of sociologist Elizabeth Iversflat, who concludes that “the seed of the destruction or limitation that these parties bring about undoubtedly lies in dividing its electorate on taxes, welfare benefits and the desirable size of the public sector”. That is why populist parties appear to emphasise the cultural dimension to hide their major differences on economic policy.

The role of the economy (and the crisis): Martin Wolf, in the Financial Times, takes an intermediate stance. The surge in populism is not explained exclusively by the cultural aspect. In fact, immigration can be addressed from the cultural point of view, but it also has a large economic component.

Furthermore, it must be remembered that the financial crisis and its economic shocks seriously damaged the confidence and legitimacy of the financial authorities. For Wolf, “cultural change and the economic decline of the working classes increased disaffection. But the financial crisis opened the gates to the populist backlash”. Finally, the large economies most affected by long-term indicators are those that have seen the strongest surge of populist movements. Therefore, its strength appears to be far from momentary and short-lasting.

The end of populism? Lessons and learnings

There is presently a positive narrative: populism arose as a reaction to the economic and financial crisis. Once these pass, its strength will decline and they will be irrelevant. But other authors deny this premise. Furthermore, this view of the end of populism faces two major obstacles according to Wolf.

The first is that the final result of some of this madness remains unclear, like Brexit or Trump’s presidency.

The second is that certain sources of fragility like high inequality, the low participation in the labour market of the 18-45 year-old population and the fiscal pressure borne by an increasingly aged population… are all aspects that are still present and feed the wave of populist anger.

What lessons can we learn from populism?

So, what lessons and lines of action can be developed from the resurgence of populism in our societies? According to Cas Mudde, one of the leading experts on the matter, we must bear in mind five theses and lessons that “liberal democrats” can take away. Cas Mudde. Populism isn’t dead. Here are five things you need to know about it. The Guardian. 7 July 2017

Charlemagne. The power of populists. The Economist 22 July 2017

Portada » Tendencias Globales » Globalization, economic crisis and cultural reaction: is it the end of populism?