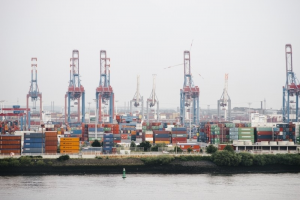 Will China and the EU be able to replace USA in global leadership?

Trump’s presidency and the new political orientations of his administration seem to leave a new space for the global influence and leadership of other countries. An example: at a time when USA has decided to renounce its commitments regarding the Paris Accords, both the EU and China have tried to co-ordinate to lead the process. But it is not so simple. How can the European Union and China develop in the global leadership that USA is leaving free?

Europe: its time has come (or not)

As Wolfgang Munchau points out in the Financial Times, profound geopolitical changes do not occur as simply as that: “like conspiracies, they happen from time to time, but they are very rare”. It is true that the image of the EU and of some of its leaders is very positive – like Angela Merkel and Emanuel Macron at the head – and the time seems right for developing a global European leadership. In fact, in the recent report The Soft Power 30. A Global Ranking of Soft Power 2017, the European countries are in top positions in soft power leadership, with two topping the rankings –France and the United Kingdom. But one thing is to have the chance to step up in global leadership – or reinforce soft power -, but it is quite another to take the necessary steps to attain this status and consequently, develop hard power. According to Munchau, for the EU to attain global leadership, there are three things it must do differently and he believes that “the chances of this happening are zero”. What are these three aspects?

First and foremost is that the countries of the EU must cease to maintain constant, large surpluses on the current account eurozone wide: last year, this was 3.4 percent of GDP. This shows the excessively national mentality of European countries and a lack of a truly global mentality. Those who criticise Trump’s “America First” should realize that the European countries have always done exactly the same thing.

The second important aspect is to put an end to the crisis: some countries’ debts are too large, others have weak banking systems, the imbalances in the eurozone are greater than ever. These problems distance the EU from being an economic super-power.

The third aspect concerns the EU’s refusal to increase its defence spending. Let’s remember that the NATO agreements, for example, commit member countries to spend 2% of their GDP. Many European countries, with Germany at the head, do not seem capable of reaching this level of spending for domestic political reasons.

As London School of Economics analyst Richard Youngs points out, the EU seems to be developing a new doctrine in its geopolitics that it calls hybrid geopolitics, which it has rolled out in the conflict with Russia in Eastern Europe. This doctrine comprises a mix of offensive and defensive tactics with several policies aimed at specific aspects of the countries of the region, but with a focus on medium-term security. With partial sanctions on Russia as the central pillar of its strategy and specific support for certain countries –Armenia, Azerbaijan, Belarus, Georgia, Moldova and the Ukraine– “the EU has declined to offer the eastern partnership countries total protection or accept responsibility for its security or territorial integrity”, says Young. Thus, this mixed strategy reinforces the geopolitical role and leadership of the EU but it does not fully develop it.

In short, as Munchau points out, the EU has a tendency to look inwards and not to develop a truly global policy and vision.

While the EU does not appear to be aware, or capable of taking the necessary steps to become a global leader, China is taking some of them. On the one hand, its geopolitical strategy is evolving. This is made especially clear in its new maritime strategy, which has given rise to the “Silk Route and Belt” initiative that includes both a continental strategy (which is something new) and a maritime strategy. The latter is being developed significantly. As Richard Bitzinger points out in World Politics Review, China is developing the three pillars established by the main theorist of maritime power, Alfred Thayer Mahan, in the late 19th century, which can be summarised in (1) trade; (2) commercial and military naval power; and (3) naval bases. For some years, in the West there was talk of the China’s “string of pearls” strategy, a string of bases across the Indian Ocean, in more-or-less friendly countries, that allowed them to develop their trade. The only problem, points out Bitzinger, is that it was more of a western assumption-invention than a Chinese strategy. Now, however, it appears that this strategy is being rolled out.

In the new logic, China has been developing a series of routes that guarantee its trade and the arrival of essential raw materials, mainly oil. Trade is strategic. It has gradually developed its navy, both the merchant and military navies. Currently, its army and navy have been taking part in non-military operations (evacuation for example) and also in UN missions – in Mali, the Congo, Darfur, Lebanon, Liberia and South Sudan. In the meantime, it has invested heavily in updating its fleet, not just the military fleet, the merchant fleet too. Furthermore, all these actions enable China to develop an operational capacity that is essential from a military standpoint.

Finally, China is starting to develop a system of bases. The first is about to open in Djibouti and although China only considers it a “logistics support facility”, it can hold 6,000 people. Moreover, they are also using commercial ports. Cosco, the Chinese shipping giant, has terminals in Antwerp, Suez, Piraeus and recently, in Valencia.

This new shipping strategy, of increasingly global reach, is linked to its powerful infrastructure plan that, together with the USA leaving the TTP, is changing the policies of the other Asian countries towards the two powers. As Syed Munir Khasru points out at the World Economic Forum, “the USA’s vague commitments to its traditional Asian allies, together with the billions of dollars in infrastructure investments by “cash rich” China have disruptive potential to change the traditional order in Asia”. Countries like the Philippines, Thailand, Malaysia and other ASEAN members are changing their policies towards USA and China. Even Australia has had its differences with Trump and has become closer to China through the TTP.

At the same time, China is also reinforcing its soft power. In fact, the report on the 30 leading countries points out that China is the country that has advanced most on the list, boosting its score by 10 points and five places in the ranking, from bottom to number 25. This improvement is based on cultural aspects, tourism, sports and art, but also on a better perception of China’s role on the world stage. Its great deficit: the political system and human rights, which go against the very idea of soft power.

The recent US “retreat” in international politics appears to leave a space for new global leaderships. The opportunity seems to exist, but seizing it is not a clear and simple process. The EU and China are well positioned but certain policies have to change and they have to develop a global mentality: the EU seems to be a long way from developing these new policies, whereas China is taking steps in that direction, but it is limited by its political system, which prevents it from being recognized by democratic countries on many issues.

Richard A. Bitzinger. Does China Have What It Takes to Become a Global Security Power? World Politics Review. 9 May 2017

Portada » Tendencias Globales » Will China and the EU be able to replace USA in global leadership?