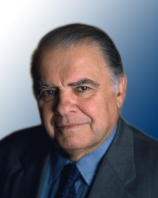 The Latin American community has some assets and a closeness among its members that not even the European Union has.

Enrique V. Iglesias is one of the most renowned economists worldwide and an indispensable guiding light on topics related to Latin America. Of Uruguayan nationality, he was born in Asturias in Spain, and has become the leading authority on everything to do with the economic situation in Latin America and developing countries in general. Between 1988 and 2005, he was President of the Banco Interamericano de Desarrollo (BID) (Inter-American Development Bank), which has its headquarters in Washington DC and between 2005 and 2013, he was the Secretary General for Latin America.