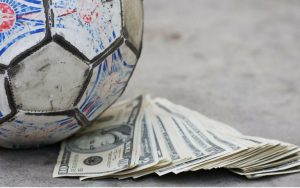 The economics of football

Football has changed. Teams continue to form part of the cultural and sentimental heritage of cities and national teams, which continue to arouse passions. They can be considered another national symbol. But, beyond this cultural dimension, recent decades have been dominated by the importance of the financial and media dimensions of the sport.

The parallels between economics, finances and football are clear. As a financial business, the football economy has also been affected by global economic conditions, especially its middle class, the average clubs. Football too was forced to sell assets, make internal devaluations and rely on exports. We know that the revenues come from ticket sales, sponsors and television rights, but it is not always easy to decipher the logic and interests hidden behind them. Let’s try.

According to Internet portal DeportesyFinanzas.com, the English Premier League and the German Bundesliga top the gate rankings year after year among the top five European leagues (over 90% of capacity this season), ahead of the Spanish and French leagues (70%). The Italian Serie A is fifth in the rankings with 60%. The Germans and English fill their stadiums, but their success is based on different models.

German clubs have not raised ticket prices despite the increase in demand from the public and they keep prices affordable. Clubs owned by members comply with German legislation that forces them to keep a majority stake in their brand, preventing the entry of oligarch owners and reinforcing how Germans identify with their teams. The Premier, with a more balanced share-out of television rights, has generated a more even competition that arouses greater interest among fans and, therefore, larger crowds in stadiums.

Sponsors and their economic impact

The football economy is undergoing change. The influence of countries is replacing the top commercial brands, but their investments show different traits. Paul Kagame, president of Rwanda, has invested €30m in sponsoring Arsenal. Chad (number 122 in the ranking of countries by GDP according to the IMF) signed an agreement with French club Metz. These are two examples of the tourism promotion strategy initiated by countries with few economic resources.

If we look at the Middle East, the tactic of diversifying their economy from oil (United Arab Emirates) or gas (Qatar) to tourism and leisure is combined with other interests. The Qatar Foundation, former sponsor of Barcelona, paid the Catalan club €150m in 2011. Tamin bin Hamad Al-Thani, the Emir of Qatar, bought Paris Saint Germain in 2011. Experts agree that the intention behind these moves is to weave commercial networks in the west in preparation for a modern, post-gas economy, making enough noise to overcome the shadow of threat represented by Saudi Arabia.

On the one hand, the influence of the Abu Dhabi United Group, owner of Manchester City and New York City among others, all sponsored by Etihad. Fly Emirates is the brand with the most teams sponsored among the top 50 in Europe, followed by Etihad and Qatar Airways, who have put their money on the European football giants (Real Madrid, Milan, Roma, Arsenal…)

In 2015, 38% of the 2.7bn spectators of the Premier League were Chinese, a situation that is repeated in the other European leagues. Commercial brands know this and, like Chevrolet with Manchester United, they no longer look to increase sales in their own countries, but to boost consumers in Asia, Africa and the Middle East.

However, neither the car industry nor airlines are the dominant sectors in the economics of football. Betting shops are on 20% of the top 50 most valuable teams’ shirts according to Brand Finances, although most teams are qualitatively less important.

Television in the football economy

The economic impact of football is determined by the distribution of television rights, which follows different patterns. In Spain, far from being an exception, it seems clear that exorbitant prices are creating a bubble that certainly does not reflect the yield on the investment. Mediapro bought the rights to the Champions League and the Europa League until 2021 for almost €1.1bn. Telecommunications operators like Vodafone and Orange do not seem willing to match such high bids and Movistar has finally acquired the broadcasting rights for the Spanish La Liga for the next three seasons for €2.94bn.

There have been constant rumors about the interest of the Internet giants (Google, Amazon and Facebook) in acquiring these rights, but the football economy does not seem to be a priority for these companies. The situation of the La Liga broadcasting rights is not very different bearing in mind the proposal to increase revenues by 30% per season from 2019 to 2022, to total €1.8bn a year in revenues.

But that is not the end of the story of football economy. Qatar, Russia, United Arab Emirates, China… are all emerging countries in the football industry among suspicions of corruption and fixing in the processes of selecting the host for the world cup, using football as a sort of soft power to clean up their image. Neither can we forget the large number of players who use their media projection to camouflage scandals over defrauding millions of euros. Clearly, football is more than just a sport.

Why Arabs are watching a pirated World Cup feed, The Economist, 21 June 2018

Sean Farrell and George Arnett, The history of global economics… in football shirts. The Guardian, 23 January 2015