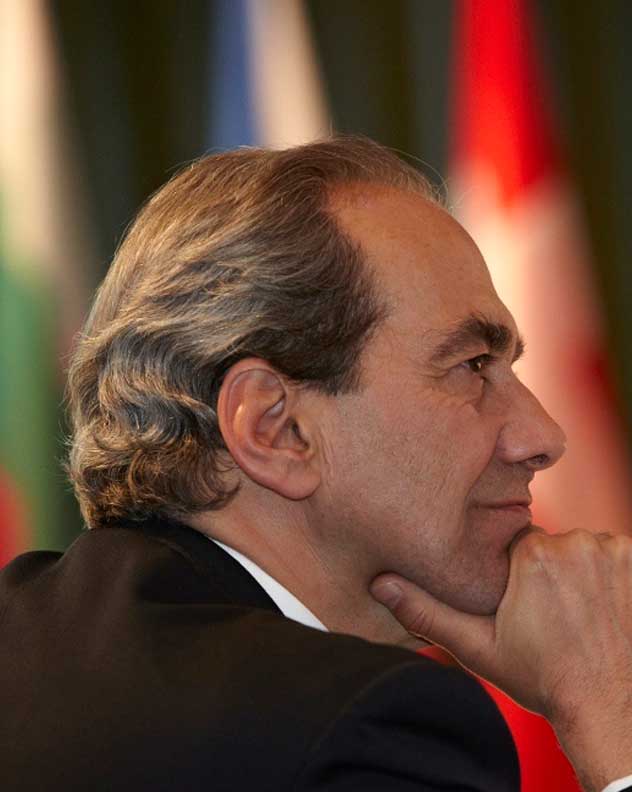 José M. González-Páramo is Ph.D., M.Phil. and M.A. in Economics from Columbia University. He also holds a Ph.D. from Universidad Complutense de Madrid.

His professional career includes a wealth of experience such as decision making in the banking sector, teaching in the academic field and board-level advisory functions. As a speaker, his deep knowledge of the international economic arena, the behaviour of financial markets and banking regulation enable him to offer an in-depth analysis of the national and international scene, which he frequently shares at high-level conferences around the world.

In June 2013 he was appointed Executive Board member of BBVA. As Executive Board Director, he was the Chief Officer, Global Economics, Regulation & Public Affairs, and the Chairman of its International Advisory Board. He has been an Executive Director until March 2020. A regular participant in the World Economic Forum at Davos, the IMF and the IIF meetings, he has been a co-chair of the B20 task force on “Finance and infrastructure”, and chairs the Advisory Board of the Salzburg Global Finance Forum.

Since 2013 he is also Chairman of European DataWarehouse GmbH, the first central data warehouse in Europe to provide high transparency standards for asset-backed securities (ABS) transactions.

Prior to joining BBVA, José M. served as a member of the Executive Board of the European Central Bank (ECB) from 2004 to 2012. He was also a member of the Governing Council of the ECB. At the ECB, González-Páramo was responsible for market operations and monetary policy implementation. He was in charge of designing and implementing innovative “non-conventional monetary policy measures”. During his tenure at the ECB he held a variety of other responsibilities, including economic research, risk management, statistics, information systems and banknotes. He was a member of the Committee on the Global Financial System of the Bank for International Settlements (BIS). González-Páramo has written and spoken extensively on financial matters, monetary policy and the economy. Before his appointment to the ECB, he was a member of the Governing Council of Bank of Spain (1994-2004) and of its Executive Committee (1998-2004).

From 1985 to 1994 he was an economic adviser to various public and private institutions including the Banco de España (1989-1994), the European Commission, the IMF and the World Bank Group. He has been involved in working groups on economic and financial matters at the Bank for International Settlements and the Organisation for Economic Co-operation and Development.

In 1988, he was appointed Full Professor of Economics at UCM. In addition, he has taught advanced courses in economic analysis of public policies at the Centro de Estudios Monetarios y Financieros in Madrid and at other research centres. From September 2012 he is a Professor at IESE Business School.

Since December 2016, he is the European co-chair of the TransAtlantic Business Council (TABC), the official business advisory group to the European Commission and U.S. administration on international trade, investment, and regulatory issues. Previously, he was the Europe chair of the TransAtlantic Business Dialogue (TABD), an agency under the TABC, that merged with the TABC in December 2016.

A Fulbright scholar, José M. has served as Vice-chairman of the Fundación Consejo España – EE.UU and chairman of the Fundación Consejo España-Perú. He is a member of the European Academy of Arts and Sciences, and a board member of Bruegel and Cercle d’Economia. Since May 2015 he is Full Member of the Real Academia de Ciencias Morales y Políticas (Royal Academy of Moral and Political Sciences), created in 1857 and one of the eight Royal Academies in Spain.