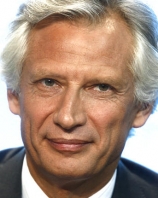 Seventeenth prime minister of the V French Republic, diplomat, poet and intellectual. He belongs to the Galouzeau de Villepin family, who have held an eminent place among the French bourgeoisie since the early 18th century. Dominique de Villepin was born in Tangiers, Morocco, and lived much of his childhood in Venezuela, which explains why he speaks excellent Spanish.

He moved to France to finish his secondary education and later went to the famous Ecole National d’Administration, an institution that has educated the French political elite of recent decades, founded by de Gaulle in 1945.

He held diplomatic posts in north-east Africa (Ethiopia, Somalia and Djibouti). He was also posted to Washington, as an advisor on Near East affairs, director of communications at the embassies in Washington, New Delhi, etc.

Later on, during the period of co-habitation, Villepin played a constructive role in articulating relations between Chirac and Jospin. He was the most influential of Jacques Chirac’s advisors during his first presidency (1995-2002). Villepin was Secretary General of the Élysée from the arrival of Chirac in 1995 until 2002, when he was appointed head of French diplomacy. In the following years, he held the offices of Foreign Minister, Interior Minister and finally, Prime Minister of France.

Excellent Communicator, passionate about literature and art and focused on action, Villepin has deservedly won credit as a highly competent public servant. 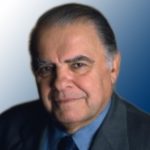 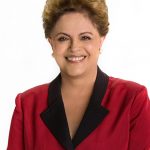