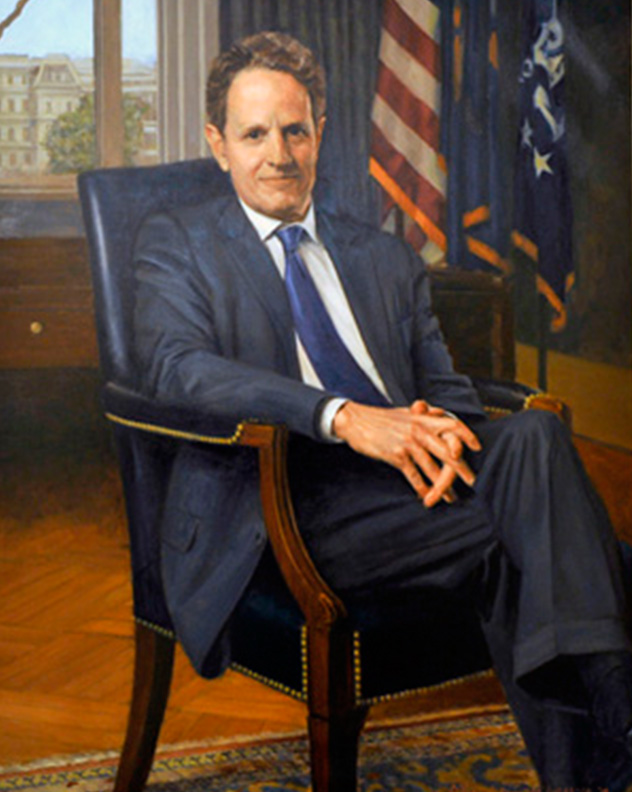 Timothy Geithneris a former American central banker who served as the 75th United States Secretary of the Treasury under President Barack Obama from 2009 to 2013. He was the President of the Federal Reserve Bank of New York from 2003 to 2009, following service in the Clinton administration. He now serves as president of Warburg Pincus, a private equity firm.

As President of the New York Fed and Secretary of the Treasury, Geithner was a key actor in government efforts to respond to and recover from the financial crisis of 2007–08. At the New York Fed, Geithner helped manage crises involving Bear Stearns, Lehman Brothers, and the American International Group, and as Treasury Secretary oversaw allocation of $350 billion of funds under the Troubled Asset Relief Program, enacted during the previous administration in response to the subprime mortgage crisis. Geithner also managed administration efforts to restructure the regulation of the nation's financial system, attempts to spur recovery of both the mortgage market and the automobile industry, demands for protectionism, tax reform, and negotiations with foreign governments on global finance issues.

Timothy Geithner on the Great Recession