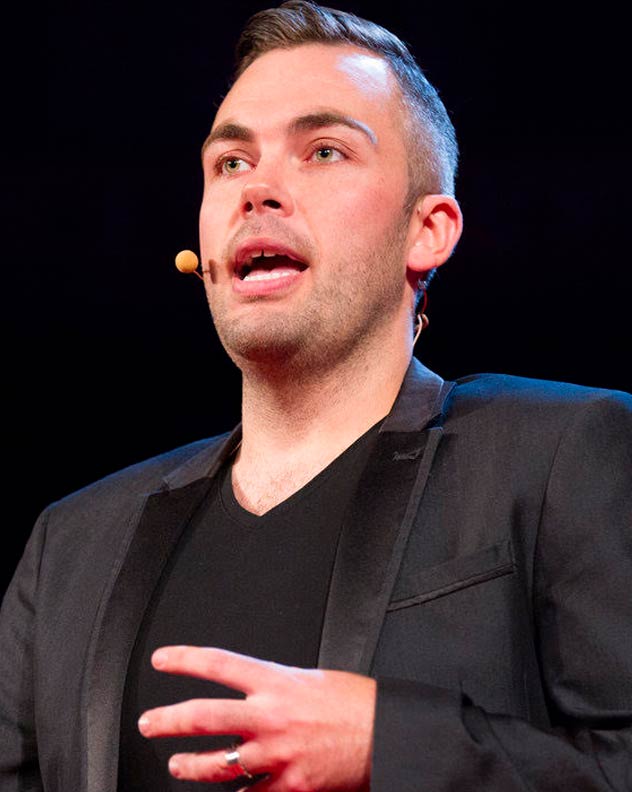 Nicholas McCarthy has inspired millions around the world with his unique story and talent. Born without his right hand he defied all the odds and his critics to peruse his dream of becoming the world’s only one handed concert pianist. Despite countless knock backs he gained a place at London’s prestigious Royal College of Music where he made history in becoming the first ever pianist to graduate in their 130 year history and has since been made an honorary member by HRH Prince Charles.

As speaker he is a truly inspirational, funny and engaging speaker and his success in the speaking world is evident from his impressive past engagements. He has given talks at TEDxVienna, TEDxAlbertopolis (the largest TEDx in history at London’s Royal Albert Hall) and Cannes Lions. In the corporate world he has given talks to Goldman Sachs, BNP Parabis, uSwitch and ITV to name a few.

Nicholas believes that anything is possible with a little self-belief and a touch of inspiration. He uses his own personal experiences plus some life lessons he’s learned along the way to inspire, ignite passion and create self-starters. He delivers his speeches with passion and humor, making audiences feel completely at one with this world class performer and leaving the talk ready to take things up a notch. His talks have been described as ‘life affirming’ and ‘utterly hilarious, amazing and totally empowering’.

-Negativity: The Fuel to My Fire
In this talk, Nicholas delves deep into the feelings he had when his life was surrounded by negativity. When it felt like the world was against him and blocking him from achieving what he truly believed he could achieve he changed his mindset and started to use the negativity to fuel his passion. A true story of triumph over adversity this talk leaves people speechless, in awe and amazement of the power of the human mind.

-Playing The Hand I Was Dealt
Nicholas’s original talk focuses on his story punctuated with him performing live at the piano. He speaks of how he used what he had been given in life to his advantage. The term saying “turning lemons into lemonade” sums up this story perfectly. Audiences will laugh, cry and feel the anger Nicholas felt at certain points in his life, but they will leave his talk with the strength of the human spirit feeling positive and motivated.

One Hand, One War, One City | Nicholas McCarthy | TEDxVienna