Dr. Muenster is a Johns Hopkins-trained medical doctor, digital health entrepreneur, and an early-stage investor. As a student, Marcel was a medical student traversing the globe delivering bone marrow to leukemia patients, and now he is advising royal families and venture-backed companies to maximize their performance, built a global digital health company, and is running marathons. Marcel has traveled to over 70 countries to develop a deeper understanding of the unique cultures that make up life and lead to success in our hyperconnected world.

Through his process, he has internalized the traits of humility and curiosity, personal characteristics, that make him simultaneously relatable and inspirational. Indeed, as a speaker, Dr. Muenster’s mission is to empower people to own their potential. In 2019 alone, Marcel gave fifteen talks including two keynotes in ten countries. Topics included performance maximization, innovation in healthcare, and his transformation from a medical doctor to entrepreneur and now an investor.

Marcel is a dynamic and successful serial entrepreneur whose work and expertise have been featured in Forbes, Financial Times, Harvard Business Review, World Economic Forum’s Agenda, TechCrunch, New York Times, Entrepreneur Magazine, and other industry-leading publications. He joined forces with the World Health Organization to improve healthcare in Latin America and gained his clinical experience in Germany, Switzerland, South Korea, and at Johns Hopkins Hospital. Marcel was also endorsed by Sir Richard Branson and is on the panel of experts at the World Economic Forum focused on healthcare, mental health, and entrepreneurship.

Before joining Gfk as a healthcare consultant, he worked on a multinational hospital project at the Harvard Business School. In 2012 he founded Doctor in Your Pocket, a global digital medical concierge service available in 180+ cities, giving international travelers access to trusted local, virtual, and house call doctors anywhere in the world, which earned him a nomination for Ernst & Young’s Entrepreneur of the Year Award.

Recognizing the need for startup founders to own their potential, Marcel established The Gritti Fund, the world’s first investment fund focused on the founder’s performance, mental and physical. The ultimate goal is to enhance the success rate of startups that fail due to founder burnout (65%) changing the global investment paradigm for early-stage investments. The fund focuses primarily on healthcare investments in the Middle East and Africa. They have built companies on six continents, raised above $150M, and sold companies for more than $300M.

Maximizing Performance: How to Excel and Not Destroy as a Startup Founder (Biban) 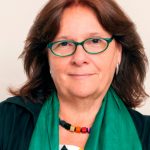 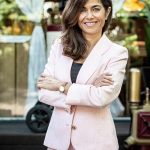 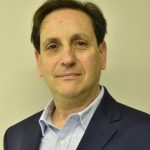 Portada » Conferenciantes » Dr. Marcel Muenster
Send this to a friend