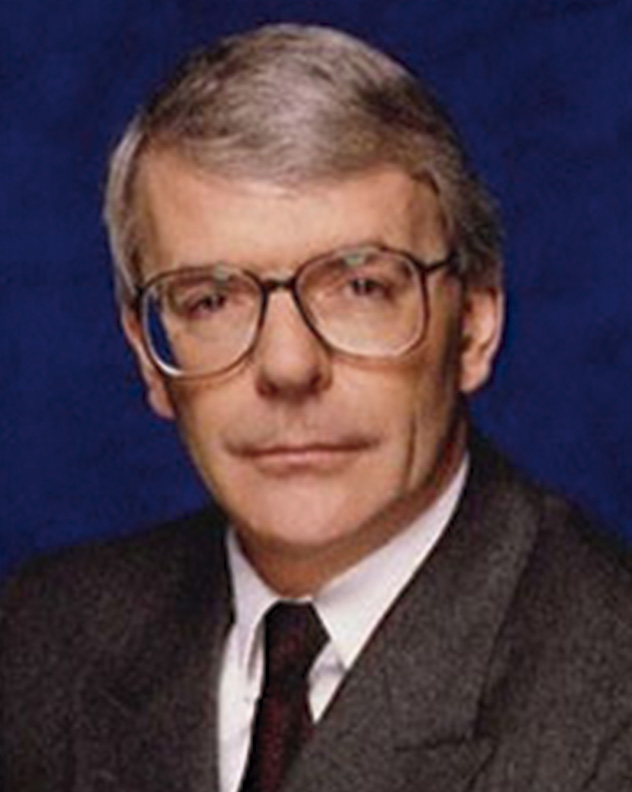 "Former Prime Minister of Great Britain and Northern Ireland and a leading authority on the changing global landscape, Sir John Major offers a unique perspective. As one of the most distinguished and respected figures in the international arena, he gives audiences a fresh look at their own nation and its place within the global community. An astute economist who held positions as Chief Secretary to the Treasury and Chancellor of the Exchequer before becoming Prime Minister, Sir John speaks from a position of hands-on, practical knowledge.

He is the author of three books: ""My Old Man: A Personal History of Music Hall"" (September, 2012), in which he takes a remarkable journey into his own unconventional family past to tell the richly colorful story of the British music hall; ""More Than a Game: The Story of Cricket's Early Years"" (2007) which examines the early history of one of the great loves of Sir John’s life shedding new light on the summer game's social origins; and his best-selling memoir, ""John Major-The Autobiography"" (1999).

Sir John was elected to the British Parliament in 1979, joined the Cabinet as Chief Secretary to the Treasury in 1987 and went on to serve as Foreign Secretary and Chancellor of the Exchequer. During his seven years as Prime Minister, he instituted public sector reforms that became international models, and left behind the strongest economy that any incoming British Government had ever inherited. Sir John initiated an unprecedented effort to secure lasting peace in Northern Ireland and continued to lend his support on that issue to his successor as Prime Minister, Tony Blair. On New Year's Day 1999, Sir John was awarded The Companion of Honour, bestowed on him by Her Majesty Queen Elizabeth, in recognition of his initiation of the Northern Ireland Peace Process.

Since leaving the British Parliament in 2001, Sir John has taken up various business and other interests. Other appointments include Senior Advisor to Credit Suisse and Chairman of the Advisory Board of Global Infrastructure Partners.

On the death of Diana, Princess of Wales, Sir John was appointed legal guardian to Their Royal Highnesses Princes William and Harry. He serves as Patron or President of a number of charitable organizations, both in the UK and overseas, including Asthma UK, Prostate Cancer UK, Sightsavers, Mercy Ships, British Gymnastics and Chatham House. In October 2011, Sir John was appointed Chairman of The Queen Elizabeth Diamond Jubilee Trust, a Commonwealth-wide initiative which has been established to create a lasting legacy to Her Majesty’s 60 years as Sovereign.

In April 2005, Her Majesty Queen Elizabeth appointed Sir John as a Knight Companion of the Most Noble Order of the Garter, England's highest award for chivalry. In May 2012, Sir John was awarded the Grand Cordon of The Order of The Rising Sun by the Emperor of Japan."