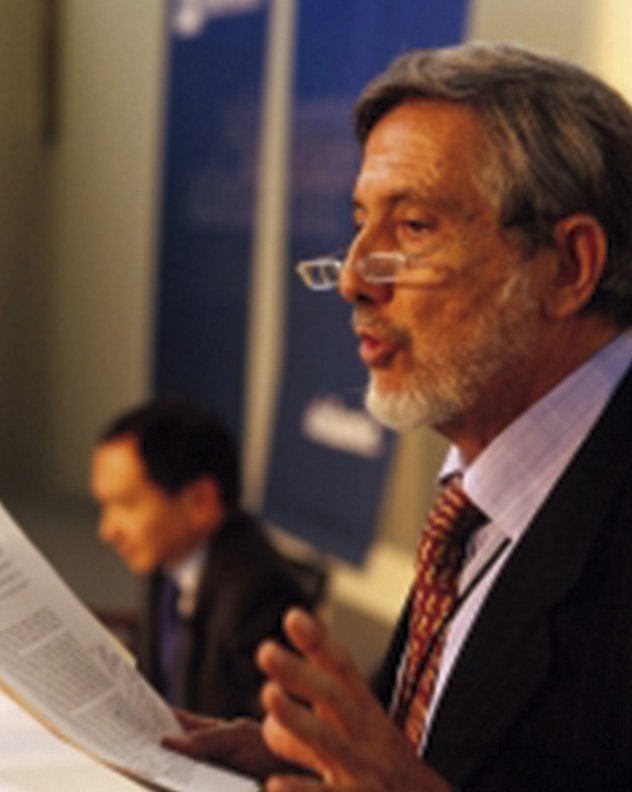 As the Chief Economist for the World Bank for Latin America and the Caribbean from 1996 to 2007, Guillermo Perry was responsible for positioning the economic politics of the Bank towards the dialogue with the regional authorities, working out an economic strategy for the financial services and consulting industry in Latin America.

After retiring from this position, he began his work again as an associate investigation of FEDESARROLLO (a foundation dedicated to research in the fields of economics, political science, and public administration), for which he worked as Director of Studies between 1988 and 1989, and also as an investigator in the American Think Tank Center for Global Development.

Before he started working for the World Bank he was Ministry of Tax and Public Credit, Ministry of Mines and Energy, National Director of Taxes, Deputy Director of the Departamento Nacional de Planeación y Consejo Nacional de Política Económica (CONPES) in his native Colombia. He was also a Member of the Constitutional Assembly and of the Senate of the Republic in his country.

Moreover, Guillermo Perry was director of two important groups concerning with economic themes: the Foundation for Higher Education and Development (FEDESARROLLO, 1988-1989), and the Study Center for Economic Development (CEDE, 1973-74), where he organized teams of applied investigation economists. He was an associate member and Director General of Mejia, Millán & Perry Ltda., a consultancy in economics and energy.