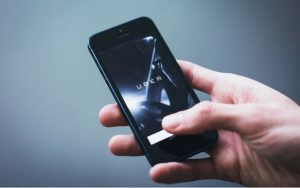 The ‘gig economy’ facing the regulator

The future of the gig economy is changing after the continuous legal decisions against the business model of companies like Uber or Deliveroo. Is regulation just around the corner? Many people think so, but others say that regulation is impossible and it would kill growth.

The appearance of the Mark Zuckerberg, creator of Facebook, before the U.S. senate and congress and before the European Parliament highlighted an important point: there is a change in perception in public opinion – that is reflected by politicians – concerning companies born out of the digital revolution. In the case of social media, it was the scandal caused by the massive data leak, spuriously used by a political consultant. The hopes of a more horizontal, democratic economy have vanished. And this has also been helped by the companies of the gig economy or collaborative companies, like Uber, Deliveroo or Glovo, which were previously seen as companies that offered flexible jobs in line with the needs of students and workers with the need for more income.

Two recent decisions against the gig economy clearly show this change in perception and the regulatory climate that is arriving in force. On the one hand, taxi company Uber lost the license it operated under in London. The London regulator accused the company of “lack of responsibility” because of the lack of transparency of its operations and the lack of medical cover of many of its 40,000 drivers. It also lost its license in Brighton recently. On the other hand, the Valencia Work Inspection Department (Spain) sentenced transport company Deliveroo to pay €160,000 in national insurance contributions for what it calls its “riders”, or delivery drivers, whom the company does not consider employees, but the inspectors do.

Job insecurity has grown in the sectors in which the gig economy operates, and it was only a question of time before workers organized; either in formal unions or in specific associations, such as those created by riders to defend the employment, rather than mercantile, nature of their profession and the employment claims started to appear. Uber has been forced to offer its drivers insurance cover with paid sick and maternity leave. In other words: workers are demanding the usual working conditions from before the digital revolution, and the authorities are accepting these demands.

Furthermore, there is another aggravating factor for these companies, and it concerns the tax contributions they pay that are far below their revenue levels. This fact, at an especially sensitive time with spending cuts in welfare states, has put these companies in the firing line of political authorities. The ordinary people, more aware after years of crisis, do not tolerate these events so easily, thus generating a reputational crisis for these companies, which were previously socially attractive companies. Strikes in companies like Deliveroo have hit countries including Belgium and Hong Kong.

Other companies like Airbnb add to these problems the pernicious effect that they cause in the rental market throughout the world, and the degradation of inner-city neighborhoods, where the ratio between residents and tourists is one to two in some emblematic sites. After initial years of optimistic experimentation, and after the crisis, there is now wide-spread disaffection with these platforms, which has led the authorities to propose regulating them.

Flexibility as a pillar of the business

The key question that delimits the two positions in the face of this trend is: is employment flexibility desirable and necessary? What we have seen in recent years in successive labor reforms all over Europe is that this is what legislators believe. Less social security contributions, less salary, less cover, less stable contracts, with the idea of reducing labor costs and making our companies more competitive. You could say that the gig economy forms part of this trend, and it takes it to the extreme.

For some, this is the price we must pay in a globalized, hyper-competitive world, in which the old form of regulation has no place because this is a different economic ecosystem. This is the stance of the National Markets and Competition Commission (CNMC), which is against withdrawing or limiting the licenses of these companies because “they benefit consumers” and stimulate competition. At the other extreme is a standpoint that is gaining popularity and which requires these companies to comply with the regulations established for other service providers, such as taxis or hotels. Job insecurity is reaching alarming levels, salaries are far from a living wage and grass-roots and political protest has found a top-priority target in these companies.

It seems clear that the time has come to regulate these companies from a labor and tax standpoint, but also to do so without the new regulations rendering their competitive edge inviable. The right balance is required, rolled out gradually to give the sectors affected more time to adapt to the new dynamic. In the case of the taxi sector, where their protests have persuaded the government to restrict the VTC licenses under which Uber or Cabify operate, working conditions will improve with the new incentives in the form of sickness cover and paternity leave, but the mood of the legislators (and the ordinary people who benefit as consumers) does not seem to suggest a radical return to the previous model. Some people consider this regulation as a denaturalization of the business, but others consider the dynamic to be socially unsustainable. The right balance is starting to take effect in the gig economy.

Ben Chapman. Uber to give drivers sickness cover and maternity pay under new insurance. The Independent. 23 May 2018