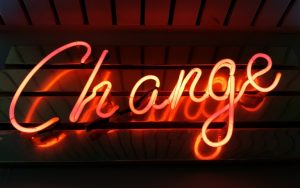 Saul Kattan. The CEO as Change-Agent-in-Chief

By some estimates, about 30% of the human population is overweight. Studies blame junk food, stress and even technology for this modern scourge. The truth is that these numbers could be reduced significantly if people simply decided to do something about it. There are more and more opportunities to consume healthier food and to set aside the smart phone in favor of physical exercise. The problem is that people prefer to take easy way out and are loathe to make decisions that require additional effort.

In business, things are not much different. Lack of decision-making leads companies to become bloated. Many will eventually succumb under their own weight. Professors Vijay Govindarajan and Anap Srivstava of the University of Dartmouth have studied in detail the evolution of companies since 1960. Their research shows that companies established before 1970 had a 92% probability of surviving at least five years. For companies established after 2000, however, this statistic drops to 63%. The study examined nearly 30,000 companies that traded on U.S. stock exchanges between 1960 and 2009. 80% of the companies that were born before 1980 are no longer around today. The lack of rapid decision-making to respond to changing market conditions can lead some companies –including one-time market leaders– to enter a state of permanent torpor. They don’t survive long. Their passivity is an open invitation to younger, more agile ventures, which ultimately take their place.

Corporate indecision and paralysis comes from the top, starting with the CEO, the chairman and board of directors. Too often, board members prefer the status quo and simply rubberstamp management’s plans and policies. Those who push for change are too often seen as a threat.

When companies run into trouble, a change of top management can be the right answer. If new leadership is promoted from within, decision-making power will be given to people who know the company’s culture and strategy. That might be a good thing, but more likely it will only lead to more of the same. Sometimes a leader is brought in from outside the company, someone who brings new ideas to help the company recover and expand. But even with effective change at the top, many companies still cannot undergo the kind of rapid transformation and re-tooling and reinvention they really need.

To achieve meaningful change, what companies often need are disruptors, leaders who can instill a completely new mindset, a new culture, a new work ethic.

These dynamic change-agents don’t need to have any prior experience in the company or in the industry to be effective. What they do need is a set of keen analytical skills to understand the company, the market, the competition, the problems and the opportunities that lie ahead, as well as a laser-like focus on communicating and executing a new way forward.

High-paid executives with short-term incentives can be a recipe for disaster. Too many, despite years of poor results, leave with golden parachutes, even when their companies may be headed for bankruptcy. Too many fat-cat executives are too comfortable in their jobs, more focused on looking after their personal interests than those of the shareholders. And yet, they still get paid big bucks while delivering poor results. So, let’s be clear: Creating value for the shareholders should be the top objective for any CEO. This can be achieved by efficiently growing the company, while continuously evolving in response to new challenges. If this is not the case, the board of directors has an obligation to replace the CEO, soon.