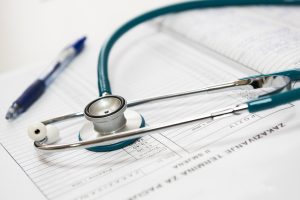 Reliable data, imperative for the future of health tourism

The definitions of what constitutes health tourism and medical tourism vary from one country to another and this makes it difficult to measure it accurately. The EU includes 3 sub-categories: medical tourism as such (tourism for curative purposes), welfare tourism and welfare and spa tourism (the latter two overlap). According to the World Health Organisation, there are also difficulties to obtain data, because this is located in countless governmental registries, in reviews of health systems, and even in confidential data bases belonging to insurance companies.

The Economist quotes several estimates of the market value, which could amount to $60bn a year, and it says that the increase in middle-class patients in Asia and Africa translates into more people willing to spend money if they cannot find what they need at home. In the same way, consumers have incentives to travel, given the price differences between countries for the same treatment. A valve replacement costs €30,000 in Germany, and it can cost half of that in Austria, with very little or no reduction in quality. According to Deloitte, spending more on health does not always lead to better results, for example, in 2016, the United States spent 16.9% of its GDP on health, far more than its peers, but it is still in the lower half of the OECD ranking of life expectancy.

Cost, connectivity from country of origin and the level of expertise seem to play an important role.

An investigation by the European Parliament offers some clarity about the region. The volume of health tourists was estimated at around 56m people, and it contributes approximately 4.6% of total revenues from tourism in the EU member states. Over three quarters of those revenues are also concentrated in 5 countries: Germany, France, Poland, Italy and Sweden, and two thirds comes from welfare tourism.

It is also estimated that health tourism can have a beneficial effect on the labour market, and it can help to both reduce the seasonality of tourism and act as an incentive to environmental conservation, as clean surroundings are an important factor when choosing a destination for this purpose.

However, the same investigation identified insufficient collaboration in Europe between destinations, companies and other stakeholders, and a lack of specific regulation and joint promotion.

Despite all the above, technology can play an important role in extending awareness of this increasingly important niche. The Economist talks about two on-line firms Qunomedical and Medigo, based in Berlin, which allow patients to seek medical treatment from a wide selection of providers, offering clear information about prices and quality of services. Both transparently charge hospitals and clinics listed commissions, and Medigo also charges patients and corporate clients commissions. Patients classify and human advisors are also available to help make the decision.

A combination of an increase in the use of data and better institutional co-ordination could help to organise better strategies for the sub-sector. The most likely in the short-term is that we continue to hear news of the countries that decided to work on health tourism in a co-ordinated fashion some years ago.