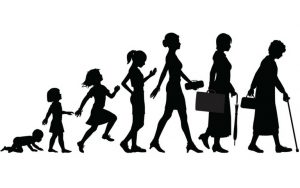 It is not a world for the young: aging, trends and their consequences

The world is experiencing a profound change: after a century of exponential population growth, slow growth is predicted for the next decades, and it could even recede. This –associated with increased aging– represents some profound challenges for states and their policies over the coming decades.

In contrast to the exponential growth verified at the beginning of the 20th century, we now see population stagnation – and even a decline – produce by the reduction in fertility rates. Consequently, the average age of the population increases. For the moment, we have countries with different trends – in some the population is growing and in others it is not – “but soon, populations in most countries will begin to decline,” says Edan Prabhu in Brookings.

The aging of the population is reflected in the trends of the United Nations Population Division:

In short, the UN concludes, it is necessary to adapt political proposals to this reality and to be able to meet the needs of these elderly in policies related to housing, employment, health care, social protection and intergenerational solidarity.

A recent study by the OECD analyzes the consequences of “aging inequality”, understood as the inequalities arising over a lifetime that materialize in old age. The effects are profound and entail problems for economic growth, limit intergenerational social mobility and put social cohesion at risk.

According to this report, new generations “will face greater risks of inequality in old age than current retirees and for generations born since the 1960s, their experience of old age will change dramatically will face higher risks of unequal old-age pensioners and current experience in old age for the generations born in the 1960s changed drastically.” Between the population decline, the growing inequality over working lives and reforms that have cut pension incomes, these new generations will have a high risk of poverty. This affects even more if we take gender inequality into account: “annual pension payments to the over-65s today are about 27% lower for women on average, and old-age poverty is much higher among women than men.”

Inequality, thus, is a central issue. A recent IMF study, says The Economist, has reviewed how fiscal policy can help in addressing inequality. The Gini coefficient – the standard measure of inequalities – “is around a third lower after taxes and transfers.” But while these policies entail around 60% of the change in market inequality between 1985 and 1995, they currently have hardly any impact.

This is because of a change in policy type and because taxes on income have dropped. There could be a number of explanations, although experience dismisses them. But there is one that continues to be heard: the idea that lowering taxes on the wealth encourages greater investment and more economic growth. But the IMF’s study on OECD countries between 1981 and 2016 did not find this time of relationship and even concluded that there is “scope for increasing the progressivity of income taxation without significantly hurting growth.” And the optimal tax rate to collect more is set at 44%; in some countries it is lower – so they have room to raise it – but in others it is higher.

However, taxes should be coordinated among a majority of countries to avoid fiscal competition and to be more efficient. And history has shown how difficult it is. This takes on even greater importance if we consider the aging of the population and the need for investment in certain policies.

East Asia is one of the regions where the demographic change and its implications are more profound, with three economies – Japan, Korea and Singapore – among the ten with the world’s longest life expectancies. As a result, the workforce will decline; this is already happening in Japan and in Singapore and will soon do so as well in countries like China.

What to do? Former World Bank senior vice-president Vinod Thomas proposes two fundamental policies to forestall the demographic consequences. On the one hand, there must be more opening to migratory flows. “For ageing societies, the influx of young workers can also ease strained pension systems and the burden of caring for the elderly.” But the population is not very receptive to immigration due economic fears – that immigrants will take their jobs away – and concerns related to social and cultural cohesion.

Another essential aspect has to do with the pensions, and even more so with an ever-increasing percentage of elderly. It is necessary to correctly think these public systems out and also for workers to save for their future. In short, the demographic transition must be very much taken into account.

Economic growth and aging: beneficial or not?

A last central issue in the debate on the consequences of population aging is related to economic growth. For example, Edan Prabhu emphasizes how the great majority of economic theories and growth have been based on expansion, new markets and new territories. What happens if we move towards contraction, smaller markets for companies? We can see many consequences in innovation, health care, changes in priorities – less need for schools or certain infrastructures, for example – and, ultimately, a world where the classic factors associated with economic growth have disappeared. In this regard, aging would seemingly be negatively correlated with economic growth. But is this really the case?

Chang Se-moon, director of Gulf Coast Center for Impact Studies joins the discussion. In a recent study by the Bank of Korea, a loss of 0.4% growth in Korea in 10 years was given “because of the rapidly aging population.” Some studies are very much in favor of this hypothesis. For example, another study published by the University of Stanford in October of 2014 stated that “a 10% increase in the fraction of the population ages 60+ decreases GDP per capita by 5.7%.”

Other analysts say the opposite or do not find proof of this relationship. Acemoglu and Restecp seem to conclude something different in January, 2017: “We show that there is no such negative relationship in the data. If anything, countries experiencing more rapid aging have grown more in recent decades.” This may be because these countries with steep demographic changes have adopted automation technologies earlier and in greater measure. As in many other cases, innovation – robotics and intelligence, in this case – help to overcome some of the problems companies in countries with increasingly older populations may find.

Chang Se-moon concludes with some hope: “Now seems to be about time for everyone to view the aging population with a more positive than negative view.”

Edan Prabhu. How will we cope when there are too few young people in the world? Future Development. Brookings. October 10, 2017

Portada » Tendencias Globales » It is not a world for the young: aging, trends and their consequences