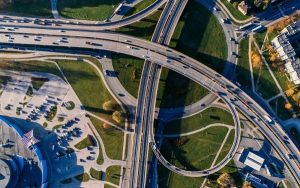 Global infrastructure is back on the agenda

According to a report by McKinsey, the world now invests 14% of global GDP in infrastructure and property assets. The deterioration of existing infrastructure, a growing population and the demands for economic development drive nations to allocate more funds to transport, electricity and other systems that galvanise economic growth.

According to the same study, 54% of the world’s needs are in Asia, most in the two fastest growing economies and the most populated countries. China represents 34% of the global total and India 8%. The trend is also for investment to continue to flow into the emerging markets, accounting for two thirds of global investment by 2035.

Despite this, there is a US$5.5Tr deficit between now and 2035, with regional variations.

Countries like Australia, China and Japan have invested enough to exceed their projected investment needs and they only need to invest a lower percentage of their GDP than they have in the past. Germany, the United Kingdom and the United States on the other hand, have significant short-falls between their current spending and what they require.

The largest gaps could be in Brazil, Indonesia and Mexico, reflecting the fact that this is where most of the demand for infrastructure is located.

Many G20 countries have started to take action based on this pressing investment need. The members of the European Union, for example, have increased their expected investment rate. In the United States, investment in infrastructure seems to have risen on the agenda and President Trump himself has identified this as a potential area of collaboration with the Democratic party.

On the other hand, the World Economic Forum identifies infrastructure as one of the pillars of competitiveness, and it has drawn up a ranking on infrastructure quality based on a variety of criteria: connectivity of roads, their quality, railway density, efficiency of train services, air connectivity, efficiency in air transport services, shipping connections, efficiency of port services, electrification rate, losses in electricity distribution, reliability of water supply and exposure to non-drinkable water.

The leaders of this ranking are as follows:

KPMG has identified a series of emerging trends that define the development of infrastructure in the short term that could help manage it:

According to McKinsey, there is a lot of room for improvement in the effectiveness of managing infrastructure. An approach based on facts, fluid execution and optimising the maintenance of existing infrastructure could close the gap and reduce costs by more than $1Tr a year for the same amount of infrastructure.

Neither would it be unlikely that some of the aforementioned countries of the world that lead infrastructure development globally share best practises and contribute to the debate on how to build infrastructure capable of boosting long-term, global economic growth and reduce the funding gap.

Portada » Tendencias Globales » Global infrastructure is back on the agenda