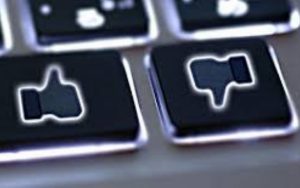 Although many analysts have been warning of a stock market and financial adjustment for the large emerging companies for years, the blow has been tougher than expected. And it has not just been in economic terms, nor has it been brought about by the financial or accounting fundamentals of these companies. The triggers are related to new intangibles of the economy: the power of reputation, political neutrality, environmental friendliness and/or fair trade.

The Cambridge Analytica scandal broke a few months ago, a data analytics company that obtained information from Facebook users illegally. They then sold private information to electoral strategists to influence political processes like Brexit or the United States elections that took Donald Trump to the White House. The repercussions forced Cambridge Analytica to close down and Mark Zuckerberg, founder and president of Facebook, appeared before the U.S. Congress and Senate and the European Parliament.

This was not a one-off case, but an especially serious milestone in a series of events that Zuckerberg admitted occurred more often than normal. Although he promised to take immediate action, several data leaks have occurred since his appearances, which has enhanced the doubts about his company in the minds of many investors. It should be said that this is surely THE quintessentially multinational of the new digital economy. That is why the lingering doubts about it, in turn, mean spreading a certain mantle of doubt over many companies that share the Facebook paradigm and philosophy.

A crisis in figures

The parent company of the social media closed the second quarter of 2018 with a net profit of €3.23bn, up 42 %. But the company did not meet market forecasts; they expected more. The monthly figure for new users was the lowest in its history, with a mere 1.5% growth. But what really made the data negative was the fact that occurred immediately after the Cambridge Analytica scandal; the discovery of the details of how the social media could have impacted the investiture of Trump.

Thus, on the 26th July, Facebook fell by no less than 19% on the stock market after releasing these results. On a symbolical level, the company lost $120bn in a day, the largest fall in the history of the stock exchange. A black day that triggered a personal loss of $15.9bn Zuckerberg personally. Although the company has recovered over the weeks, widespread doubt remains in the markets and in public opinion, around this and other flagship companies of the new world economy.

Reputation and the new world economy

The crisis of Facebook and other companies is analyzed from several standpoints that can be summarized in three:

The new world economy has come face to face with a paradox: it’s birth and growth are due, in part, to reasons of image and reputation. Initially, they had a reputation as renovators, more in line with the open and horizontal spirit of the times. They came to be seen as truly democratic companies, focused on generating communities, better services and bringing down prices. But all this has collapsed, in part because of the way they have been misused. Furthermore, their competitive base has been shown to be business as usual, in the worst possible sense: maximize profits without too much consideration for privacy, political stability, the fiscal health necessary for the welfare and employment stability of their users and employees.

In short, it is a maturity crisis, but also a reputation crisis at a time when everything to do with this will be capital for the good progress of any company. These companies will have to take this seriously, as the inertia of the years when they first appeared no longer works. Social awareness of all these matters has grown exponentially with the hangover from the economic crisis, so it would appear that the recovery of this reputation probably does not depend on major marketing campaigns, but rather on a redesign of their basic fiscal, employment and social fundamentals, to become, paradoxically, companies of the new economy that are more like those of the old economy.