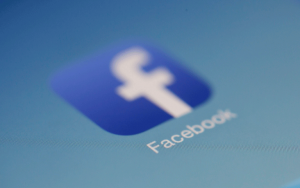 Facebook on the defensive what can its performance and reputation expect in 2019?

Last year was full of bad news for Facebook. Many reports have called into question the role of the internet giant in society and its future feasibility. Should Facebook attempt to reinvent itself? How likely is it to do so, if we take the handling of the crises last year as a reference?

2018 started with Facebook promising to post more relevant contents for users. But in March, the first major scandal focused attention, published by The New York Times.

Cambridge Analytica, a political consultant hired by Donald Trump in the 2016 campaign, gained access to the private information of over 50 million Facebook users. The firm offered tools that could identify the personalities of voters and influence their behavior. The data obtained included details of the identities of users, their network of friends and their “likes”. The idea was to use this information to target these audiences with digital advertisements.

The consternation increased in August, when a Reuters investigation report showed the late reaction of Facebook to the posts promoting radical hate in Myanmar: four months after Mark Zuckerberg declared before United States senators that the company was hiring dozens of Burmese-speakers to review them, over 1,000 examples of comments, images and videos attacking the Rohingya and other Muslims in Myanmar were found. Most of the content was in the local language, including material that had been posted up to six years ago.

Facebook’s dominance in Myanmar is explained by two factors. First, the telecommunications companies that entered the market after it was deregulated granted access to Facebook by exonerating the cost of data. The other factor is that the company supported the Burmese alphabet, unlike other internet giants. Another New York Times report explored how some accounts inciting hate could be linked to a military complex, and the Facebook operation could have employed up to 700 people. This contrasts with the effort made to filter and translate content: Facebook used an external consultant for this, which employed 60 people.

At the close of the year, The New York Times published an article stating that the social media share more personal information of its users with tech giants like Microsoft, Amazon or Netflix than had had been published to date. According to this information, Mark Zuckerberg’s company shared data without the consent of users.

Facebook authorized Bing (the Microsoft search engine) to see all the names of the friends of Facebook users. Netflix and Spotify were allowed to read the private messages of its users. In total, there were some 150 firms, mostly tech businesses, that benefited from these agreements to access Facebook data.

Later, just before the end of the year, a law suit was filed by the DC District Attorney’s office in Washington, over the Cambridge Analytica scandal.

Apart from all the above, in October an article was published stating that the number of Europeans using the platform daily fell from 279 to 278 million, while monthly users fell from 376 to 375 million. The global number of users continued to grow however (2.2bn a month).

According to The Economist, Facebook remains strong, but it does face a range of challenges, especially in the changing ways in which people use its products, which could have an impact on its profits. Adults over 18 spend 31% less time on the platform compared with 2 years ago, which would translate into less opportunities to sell advertising. One possible response is Instagram, a platform that is growing the number of adverts that users see: disagreement on pushing advertising so much on Instagram is one of the reasons why the founders left Facebook in October. Advertising now accounts for one fifth of posts seen on Instagram. This could be a risk, as people could choose to spend less time there, as they did with Facebook.

It would appear that Facebook’s political controversies have not scared off advertisers, but this could change in 2019. The Marketing industry has two main complaints: one, that users are not as motivated by adverts despite prices, and the other, pertaining to a possible exaggeration of the scope and audience of the adverts. Facebook promised to reach out to more people between 18 and 34 in the United States than the entire population of this age group, and it maintains this allegation, despite a class action.

People speculate that, if results and the perception do not change, Sheryl Sandberg, the Chief Operating Officer, could be replaced. As Mark Zuckerberg controls a majority stake of voting rights, it is unlikely that he will leave. But the pressure on him could increase.

Can transformation start with people?

According to an article published in the Financial Times, Facebook employees still consider the firm the best place to work in the United States (according to a Glassdoor poll), but an internal poll published for the first time in the Wall Street Journal found that only half of its employees are optimistic about the future (32 percentage points down against last year) and only 53% of employees (-19 pp) consider that the company was helping to make the world a better place. According to the article, the fact that employees are paid in stock options means that transparency is not always aligned with their financial interests.

It closes with the seemingly reasonable idea that employees who are only motivated by money should leave and those who are driven by the mission should not receive any more unpleasant surprises. If the company leadership were more open with its employees about its problems, it could attract the right kind of employees to tackle a clean-up.

A model based on interests more in line with the public seems to be the solution. Will the founder relinquish some control and promote greater transparency this year

The Economist. Facebook should heed the lessons of internet history. 22 November 2018

Portada » Tendencias Globales » Facebook on the defensive what can its performance and reputation expect in 2019?