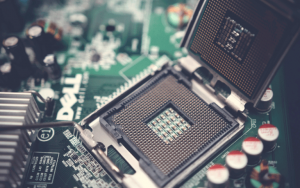 How to handle the problems of electronic waste

As world population and disposable income increase, production, consumption and replacement of electronics has also increased, causing problems in handling the waste.

According to the Global E-waste Monitor, the term electronic waste, or e-waste, encompasses all electronic items and their parts that have been discarded by users with no intention of reusing them. It includes a wide variety of products, almost any household or office product with electric circuits, electronic components or battery supply, and it includes six categories, each with a different life cycle, different impacts on the environment and health and different ways of recycling.

Magnitude of the problem

According to The New York Times Magazine, electronic waste has become the fastest-growing source of waste in the world. It has doubled in about a decade and the annual total is expected to reach 57 million tons by 2021. But this explosion could have two sides to it, as an environmental scourge or as an economic resource, because, despite the fact that they often contain lead, mercury and other toxic substances, laptops and telephones also contain valuable elements like gold, silver and copper.

The main problem lies in the fact that only about 20% of electronic waste is collected and recycled, and the destination of the rest is unknown. It is estimated that only 41 countries compile statistics on the problem, and this data cannot keep up with the expansion in the number of artefacts in so many different categories.

According to V. Ranganathan, the informal sector is not sufficiently skilled to dispose of this waste and it is often mixed with other rubbish. The result is that most of these recoverable materials filter into the soil, contaminating large extensions of land making them unusable for farming. Metals like mercury, cadmium and lead, which are found in the circuit boards of these devices, can filter into the water table, causing health problems, such as damage to the brain, liver, kidneys, lungs, nervous system and bones. Households are not immune to this phenomenon either: just like leaky batteries, unused electrical devices slowly release toxic chemicals that represent health hazards in the space where they are stored over time.

Dangerously large quantities of waste build up in many countries, but some actions are starting to appear to process it. In 2018, Hong Kong opened its first government-backed recycling plant for electronic waste, to turn washing machines, computers and television sets into pieces of plastic and steel. The article in The New York Times Magazine also mentions the fact that safer techniques have been thought up in the laboratory for extracting value from electronic waste. One of these isolates rare metal pieces with carbon nanotube technology; another recovers key minerals by bombarding them with submarine sound waves.

Actions to be taken

The key seems to be in the continuous monitoring of this waste and raising consumer and manufacturer awareness of programmed obsolescence. A study published by Greenpeace says that companies in the industry change the design of their products when the market becomes saturated in order to accelerate the replacement cycle by making them difficult to maintain or up-grade, hence shortening the life cycle of perfectly functional devices. They say that Apple, Microsoft and Samsung are going in the wrong direction on this issue, whereas HP, Dell and Fairphone stand out as exceptions. In short, consumers are recommended to choose high-quality, durable and repairable products and they should ensure that the old device is recycled when it is replaced. By the same token, the task for manufacturers, according to this study, is to design for the planet (use the software to extend the life cycle, rather than shortening it), stop using hazardous chemicals in the manufacturing process, use recycled or recyclable material and work with recycling partners to enhance the formalization of the recycling process and maximize the recovery of material.

Portada » Tendencias Globales » How to handle the problems of electronic waste