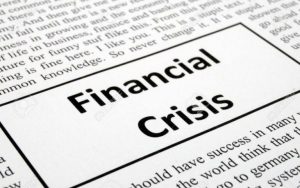 Has economics learned anything from the crisis of the last 10 years?

The financial, economic, political and social crisis has put many theories, concepts, policies and consequently, professions, in doubt. These include a profound criticism of economics, economists and their concepts. Has economics learned anything from the crisis?

According to Nobel economics laureate Paul Krugman, we have not learned anything from the crisis. Unlike what happened in the 1930s – the emergence of Keynesian theories – the current crisis has helped certain school and the profession itself to make an in-depth analysis of their understanding of the dynamics of the world and of the recipes provided by economists.

So, “why hasn’t macro-economics been transformed by the (relatively) recent events as happened with the events of the 1930s and the 1970s?” wonders Krugman in an article in the Oxford Review of Economic Policy. First of all, consideration has to be given to the fact that these profound transformations are rare, both in economics and in any other discipline.

According to Krugman, the consequences have not been as great because the “only thing” that the Great Recession has done is that each economist has analyzed it in accordance with their pre-established models and concepts. Thus, each of the two leading schools of thought – the neo-Keynesians and the neo-classic school – thinks that they are right and that the other one is wrong. However, Krugman joins the debate, as one of the main benchmarks of the neo-Keynesian school, and offers his explication: no “great new idea” has occurred simply because the IS-LM model of aggregate demand has worked relatively well. It provided the right policies for governments like its prediction about how budget deficits would not increase interest rates; that the increase in the monetary supply would not be inflationary; and that the multiplier of government spending would be above one. The only major exception to this correct analysis of the model concerns the behavior of prices.

That is why Krugman thinks that the incapacity to predict the crisis, “was not due to a lack of understanding of the possible mechanisms, or a lack of data, but rather due to not paying attention to the right data.”

The neo-classic (or anti-neo-Keynesian) view

Robert Skidelsky, Keynes’ biographer and conservative politician, provides a different view in Project Syndicate. Beyond what Krugman says, his theories do have a serious conceptual problem by thinking that the banking institutions were capable of understanding and pricing risk. And that has been a serious problem in the crisis.

Moreover, goes on Skidelsky, if the policies proposed by the neo-Keynesians are so right and worked relatively well, why were they abandoned and replaced by austerity policies so quickly as they were in 2009? Skidelsky provides his own answer: “when Keynes was briefly exhumed for six months in 2008-2009, it was for political, not intellectual reasons”. As they did not provide a base for managing the crisis, they were abandoned.

Skidelsky’s final major criticism concerns the fact that neo-Keynesian theories are not able to recognize “radical uncertainty” in their models and, for example, see the financial sector as “neutral”, rather than “fundamental”. Until they take this into account, he concludes, their political recommendations can play a certain role, but not enough, nor for enough time to help to resolve the problems. Therefore, governments will resort more to the policies proposed by the neo-classic school.

Even so, both authors do agree on one thing, with nuances: “macroeconomics still has to find a great new idea”.

So, are economists to blame for everything?

Oxford professor Simon Wren-Lewis wonders why economists are given so much stick. Despite the mistakes, a large majority of economists and many of their proposals have made sense and have helped to manage certain aspects of the crisis. It is somewhat pretentious to think that if economists had warned of certain problems – such as the banking sector – institutions and players – like the banks – would have changed their behavior. So why the focus on economists? Wren-Lewis offers three reasons:

And this leads us to Wren-Lewis’ greatest lament: many have a view of economics that is a long way away from what the profession provides. It is considered to be more “neo-liberal” or “anti-state” when many of the greatest and deepest criticism of neo-liberalism or in defense of state intervention come from economists, many of them important, well-known ones, including Nobel laureates. So, the problem is not that one cannot criticize economics, but rather that “the typical criticism that appears in the media is not good and I fear that it reflects either ignorance or ideological antipathy”.

In conclusion: beyond economics

Debate in the field of economics is interesting and it should be applied to other areas. Despite the crisis and the profound changes we are experiencing –not just economic changes, but also political or social changes– new ideas are conspicuous by their absence, at least for now, as many feel comfortable with their theories and models and the quality of the debate and the understanding of it is poor. If we can extrapolate it to other areas, such as politics or social policies, we have a problem. Maybe some new idea will emerge in the next crisis.

Simon Wren-Lewis. Why does economics get so much stick? Mainly Macro. 9th January 2018

Portada » Tendencias Globales » Has economics learned anything from the crisis of the last 10 years?