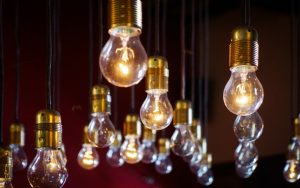 Once a path is established for any large quantity of a flowing substance, it is hard to alter its course. The same is true with a flow of ideas from people, who are bound by their own experience. Bringing a diversity of people together and encouraging a diversity of thought is what allows new and innovative ideas to be born.

Steve Jobs designed the creative campus at Pixar around the principle of diversity of thought. Its foundation was built upon the concept of “unplanned collaboration” –the bringing together of people, who would not meet under normal circumstances in a work environment. Encouraging unexpected encounters would lead to conversations that people did not expect to have, thereby sparking new thinking and fresh ideas, a spontaneous combustion of thought.

At the Walt Disney Company, I piloted several ideation forums –or brainstorming sessions– leveraging the concept of “naive experts” specifically designed to encourage the same diversity of thought.

Naive experts are individuals who are NOT experts in the particular area or subject that is being discussed. When included in ideation forums, they inevitably ask the naive or provocative questions and will often arrive at an “audacious idea” well before the experts. Indeed, quite often the experts, stuck in their own river of thinking, can be the biggest obstacles to true innovation.

We experienced the power of these fresh catalysts in two challenges we tackled for the Disney Parks division.

The first was a project to design a new retail, dining and entertainment experience for the Hong Kong Disneyland Resort. Since the participants were Disney “imagineers” (architects and engineers), I brought in the executive chef to serve as the naive expert. At the beginning of the session I gave everyone 10 seconds to draw a house. When they revealed their sketches, they were identical. They had all stayed in their traditional river of thinking and produced the typical visual –square box, four windows, a door placed in the middle and a triangle for the roof.

By contrast, the executive chef from Hong Kong Disneyland had chosen to draw what he referred to as “Dim Sum” architecture, which resembled giant steamed shrimp dim sum sitting on top of a wicker basket, complete with windows and a chimney. Without any pre-concieved limits and drawing on his own unique experience, he gave the Imagineers permission to get out of their river of thinking and think differently about the concept of architecture. Indeed his illustration later became the inspiration for the entire strategic brand positioning for the Shanghai Disney Resort, “distinctly Disney, authentically Chinese.”

In the second project, we brought together a group of consumers to talk about improving the Disney park experience. Needless to say the subject of standing in line came up as a key barrier to the magic of a Disney experience. One of the naive experts in the room asked the audacious question, “What if there were no gates at the front of each Disney park?” Immediately we asked how might we eliminate the lines for favorite attractions. Or eliminating lines for meeting a Disney Character or checking in to the hotels? What If guests didn’t have to stand in line to pay for merchandise or fast food?

Out of the initial workshop with the naive experts, we commissioned a team to look into the potential of RFID technology, which in turn gave birth the idea of Disney’s Magic Band. The wristband is now worn by millions of guests each year. It enables everyone to open their hotel room without the need to check in, as the band acts as their room key. There are no longer any gates at the front of each Park, just an RFID scanner.

The Magic Bands hold reservations for guests at their favorite attractions and appointment times to meet their favorite characters. They also act as a credit card for any purchase on site, having the items delivered to a hotel room or shipped home. At fast food restaurants, Disney visitors can place a food order on their smart phone before arriving. Upon entering the restaurant, the RFID-enabled wristbands identify match the guests with the orders and the food is delivered directly to their table. Not only do the bands allow guests to spend more time enjoying their family, they also enable the Disney team to adjust park operations in real time and provide a path for future engagement with guests as potential new products and services are designed.

Leveraging diversity of thought through naive experts will rarely provide a final solution, but they will spark new points of view around a given challenge, enabling established experts to break out of their customary rivers of thinking, to develop really innovative ideas.