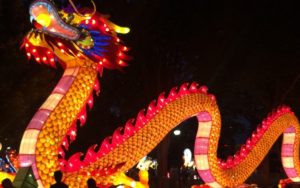 The Chinese strategy and its decision to improve its global image by accepting open trade or the fight against climate change, apart from setting up a Development Agency, suggests a change in strategy by the Asian giant in its rise as a super-power. In the face of this, the question should be asked: is it possible to move forward successfully along this road without becoming a democracy?

The Chinese paradox contradicts one of the commonest prophecies made by countless experts in recent years. It was thought that the consolidation of a new emerging middle class would bring a demand for welfare and freedoms that are incompatible with the current regime. However, at the last Congress of the Chinese Communist Party, changes were made to certain doctrinal essences, personality cult around the secretary general and reinforcing the bodies of control, now helped by Big Data technologies and algorithms to ring fence the few areas of freedom even further.

Economic figures, on the other hand, continue to dazzle, and China has become a defender of the global trade system in the face of a reticent United States. China’s commitment to reducing pollution and greenhouse gas emissions has won the sympathy of green movements. On the other hand, Chinese strategy has continued to invest in developing countries, especially in Africa and Latin America, and its influence there is on the rise. Will this be enough to off-set its lousy record on freedom and respect for human rights?

One of the novelties of the aforesaid Chi Com Congress was the creation of a Development Agency, similar to the Spanish AECID or the American USAID, agencies that have had and have a clear influence on creating sympathies in the countries and regions where they act. China seems to have understood that its “Made in China” strategy –compete with prices – is not enough to take the leap to become the global super-power that it wants to be. China is spending vast quantities of money, on a range of things and sectors, on improving its reputation and image in the world.

There are two opposing views on the potential success of this strategy. From an Anglo-Saxon liberal stance, they trust that the lack of freedoms will finally prevent China from attaining global leadership. You can buy sympathy, but only up to a point, and freedom of leisure, among others has taken on a fundamental role in the global order thanks to new telecommunications technologies. Sceptics of this rise summarize the reasons for the inefficiency of such intensive government intervention in the long term as follows: that the post-war global institutions do not revolve around China or its currency; and that the country suffers grave internal problems, silenced by censorship, such as city/countryside inequality, the demographic crisis and the lack of natural resources for such a large population, which leads to regional expansionism that is not well-viewed by its neighbors.

Those that take a pessimistic view of the role of the West in a future with an unstoppable China, on the other hand, base their case on reasons like their attachment to globalization at a time when the United States and the United Kingdom are wavering in their defense of it; that the West wants this to happen because the global Chinese market would be gigantic and highly attractive from an economic point of view and, above all, that China has embarked on long-distance race for technological domination which it will end up leading in the short-term. Furthermore, many of those that think that China will lead the world despite the lack of democracy and freedoms, claim that times themselves, perceived as uncertain and fragile, mean that security is valued over democratic freedom.

There is an intermediate stance in this dichotomy, although it also involves taking sides. Many international analysts, especially Americans, have insisted in recent months that the most likely scenario in the medium-term is that there will be a form of confluence: Chinese economic power, a global shift in the economic, technological and trading axis to the Pacific. But even if this is the case, it would be with a predominance of Western cultural and moral values – while awaiting more visibility around political values – both in tolerance of sexual diversity, equality between men and women, forms of leisure or professional ambitions. This is what the former Spanish foreign minister Josep Piqué has defined as a “neo-western synthesis” in his recently published book ‘El mundo que nos viene. Retos, desafíos y esperanzas del siglo XXI: ¿un mundo post-occidental con valores occidentales?’. (The world around the corner. Challenges and expectations of the 21st century: a post-western world with western values?)

Geo-political and economic changes are coming so thick and fast that it is difficult to make short-term forecasts. But, there does appear to be a trend that Piqué summarizes in his book, with the help of other authors that conceived similar ideas. One could deduce, therefore, that China will manage to become an economic super-power with enormous capacity for imposing rules. But, they will never quite make it as a real, complete substitute of the West: It will continue to veto democracy, but it will accept the ideas and the values that underpin it in the long-term. And it would appear that the new steps taken by Chinese leaders towards a policy of “make the world love it” are unlikely to be enough to achieve its more ambitious goals.

‘China is spending billions to make the world love it’. The Economist. 23 April 2018.

Kira Goldring. ‘Here’s why China could overtake the US as the next superpower — and why it might not’. Business Insider. 2 June 2018.