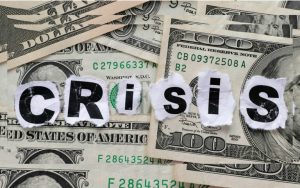 Are we prepared for a new economic crisis? Apparently not

Although it seems that the world has managed to turn the page on the economic crisis – at least with respect to macroeconomics and growth forecasts – the main parties responsible for monetary policy are beginning to think about the future. Are we prepared for a new crisis? Do central banks have the right policies for it?

Although the G20 countries are growing for the first time since 2010 and IMF forecasts for overall growth are optimistic, some have a great source of concern: do finance ministers and central banks have enough weapons and ammunition to fight against the next recession to fight when it arrives? The former IMF chief economist Oliver Blanchard is skeptical: “It’s unclear whether we’d have the necessary tools if a recession occurred next year”.

What we have learned from unconventional economic policies?

As the former governor of the Central Bank of India Raghuram Rajan states, “in recent years, the central banks of industrial countries have carried out a number of efforts that diverged from standard monetary policy.” Why were these policies used? Did they work? What is the effect of withdrawing them? What problems do they pose in the long term? He argues that answering these questions can provide ideas on how central bankers could face future crises.

What consequences have these policies had? In summary, “the effects of these extraordinary policies are probably positive for markets, positive to neutral in terms of impact on the monetary policy and uncertain in terms of their impact on actual activity. But what happens when these policies begin to be relaxed?

A first effect would be the reversal of some of the impacts on prices that these unconventional policies created. Another effect could be seen in emerging markets: if the consequence of these policies was to bring investors to these markets in search of greater returns, eliminating these policies could take them back to the more mature markets, with profound consequences for the emerging markets.

In fact, for some, these expansive policies should not be withdrawn, as they provide a safe short-term instrument that does not exist in the world. For others, there is a central argument that central banks should reduce their large balances: their possible politicization. With so many assets in the balance, the temptation and pressure on governments to use them on something that has little or nothing has to do with the monetary policy are very high.

There is doubt and fear that we lack the monetary policy instruments to deal with a new crisis. What is being proposed?

Raja spotlights one of the logics that central banks tend not to mention: their knowledge of how to manage inflation because they “know far better how to move inflation below the upper limits than they know how to push it up.” Thus, “the central banks have been caught up in a mandate of which they know less about in terms of how to achieve results.” The example of the Bank of Japan is clear: it has been trying to raise the inflation rate for 15 years. Still, Rajan argues, one can never recognize that there are no political instruments left, as this would lead to the collapse of inflation. So, one must always state that policies remain that have yet to be used and hope and pray they will never have to be used.

So, what can be done? The former president of the Fed Ben Bernanke is clear: “While the Fed has other useful policies in its toolkit such as quantitative easing and forward guidance, I am not confident that the current monetary toolbox would prove sufficient to address a sharp downturn.” He defends the idea that it is necessary to adjust the monetary policy model to have more “space” in the future.

There are several. Some feel it would be necessary to set a higher inflation target: three or four percent. It is easy to apply by following the current logic, though it would not be very popular and may not work.

Another proposal is to set price-level targets. Thus, for example, the central bank will try to get the price levels to grow a stable 2% and for the average inflation to be 2% over the long term. It has several advantages and is more flexible, but it also entails problems as it involves a very profound change in the very policy of the central banks and would require a lot of information, education and explanation aimed at market players.

Bernanke thus proposes a “temporary price-level target” as a new framework for the monetary policy. It would be a temporary measure because it would apply only at times when short-term interest rates are at or very near zero. It allows also a compromise: “when interest rates are away from the ZLB, the current inflation-targeting framework would remain in place. And at the ZLB, what I am calling here temporary price-level targeting could be explained and communicated as part of an overall inflation-targeting strategy, as it amounts to targeting the average inflation rate over the period in which the ZLB is binding.” Thus, the communication would be on inflation targets, a familiar concept for the public and the market players. Moreover, it does not require the Fed to have a more restrictive policy in order to counter the shocks.

So, it seems to have many benefits. It preserves the commitment to stability, creates expectations in market participants that will facilitate the financing conditions in cases of ZLB episodes and may help alleviate the frequency and severity of these episodes. But, since they are temporary, they can be folded into existing inflation-targeting regimes, minimizing the need for changes in policy frameworks and communications practices.

But some are critical of this proposal. Blanchard is pessimistic about the idea that companies and individuals will spend more during a recession based on the promise that the inflation will rise quickly. Together with Larry Summers, they propose a more effective and planned fiscal policy, with some governments that will prepare an “aggressive tax in case of recession.” With extremely low interest rates and an economy that seems to grow above inflation,” always can issue debt and never pay it and the debt level will never explode” as a percentage of GDP.

In his analysis, Rajan stressed two aspects that central banks should take into account in their discussion about the future of the unconventional monetary policy. On the one hand, the indirect effects of the monetary policy on the industrial countries in emerging markets, “is a small positive effect on a country worth a negative effect on the rest of the world?” Furthermore, it also showed possible trends of politicization, the loss of independence and the public scrutiny of the central banks.

What seems clear is that there is no shared vision of what tools are necessary to manage the economy in the future, but it is fundamental to find consensus on how to act in case of a new recession.

Portada » Tendencias Globales » Are we prepared for a new economic crisis? Apparently not